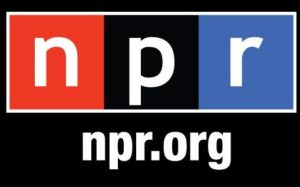 One aspect of the National Public Radio interview that Donald J. Trump gave deals with the conduct of the interviewer juxtaposed with the treatment he got from the subject of his interview.

I am going to presume Trump agreed to the NPR interview that was broadcast this morning to spread his Big Lie beyond the base of support to which he still clings.

The interviewer, Steve Inskeep, is a professional journalist who enjoys great standing among those of us who love the craft of journalism. Inskeep did a great job maintaining his composure while withstanding Trump’s bellicosity.

He also gave the ex-president far more respect than I believe Donald Trump ever deserved. That’s just me, I suppose, but I believe it to be true.

That’s what journalists do. The speak respectfully to their subjects and give them every opportunity to explain themselves in detail. Trump chose to avoid any detailed explanation of The Big Lie involving allegations of voter fraud, electoral theft and that the 2020 presidential election was “rigged” to ensure Joe Biden’s victory.

A lesser man could have exploded at the viciousness of Trump’s lying. Inskeep, though, is a consummate professional. He knows his job is to give the subjects of his interviews the time they seek to explain their positions.

Except that Trump didn’t deliver any sort of detail. He did not attempt to offer any evidence of the specious allegations of vote fraud … because there is no evidence to offer.

Trump hung up the phone on Inskeep after nine minutes of haranguing and hectoring and interrupting him while he sought to ask probing questions.

Through it all, Steve Inskeep kept his composure and acted the part of the consummate professional. He did his job.