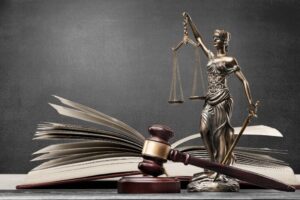 From virtually the moment that he skulked out of town prior to the ceremony celebrating the guy who defeated in the 2020 presidential election, I have resisted the notion that Donald J. Trump would be indicted on charges of criminal behavior.

Today, though, my thoughts have changed … dramatically, I must add.

I believe that Attorney General Merrick Garland is going to indict the former president of the United States, making a huge bit of history in the process. The charges that Garland might level against Trump, though, remain an open question.

They include the most serious, say, obstruction of justice or conspiracy to commit sedition. Those are felonies that carry enormous prison terms if someone is convicted of the allegation.

There might be misdemeanor charges leveled, dealing with the handling of those classified documents that Trump squirreled away in his glitzy Florida estate.

Friends of mine who live in faraway lands have speculated that Trump would be hauled off in leg irons and handcuffs. Other friends of mine — those who are loyal to Trump — have said quite the opposite. They don’t defend the individual’s character, saying he “never would do” the things that have been alleged already. Instead, they challenge the motives of the federal investigation.

I believe Merrick Garland is as fine a public servant as we can find. His career as a federal judge was marked by universal praise — from the left and the right — for his judicial scholarship and the meticulous nature of his court rulings. Even when the Senate GOP leadership blocked his nomination to the Supreme Court in early 2016, they didn’t question his qualifications or the quality of the man; they were motivated by pure politics.

I am unaware of the particulars of the AG’s investigation. All I have to assess it is my belief in the character of the man leading it.

Therefore, I believe he has compiled enough evidence to cobble together a prosecutorial complaint against Donald John Trump.

Then we shall watch the full-scale implosion of a man deluded with notions of grandeur. It cannot happen to a more deserving individual. 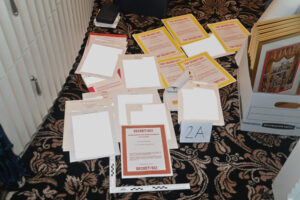 I am going to seek to put to rest a lie that Donald J. Trump keeps repeating as it involves the FBI search for classified/top secret documents that the ex-president squirreled away illegally in his Florida home.

Trump keeps saying that the FBI “raided” his home. It was no “raid.” The FBI worked with a federal judge to obtain a search warrant based on what it believes is “probable cause” that a crime took place. The feds sought the documents that Trump spirited out of the White House in violation of the Presidential Records Act that stipulates that official documents need to go to the National Archives.

No! The FBI was following standard operating evidence-gathering procedure. Trump never says the FBI picked the documents up and put them where agents found them: in the boxes that Trump’s team took from the White House to Florida.

As is always the case with this clown, the crowd that hears these lies cheers on the liar who spreads them, filling him with even more hubris to repeat them. 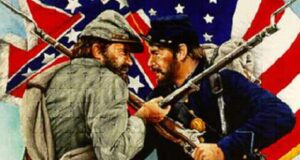 What in the name of certifiable insanity is happening along the rightward fringe of political discourse, with individuals and groups yammering about the prospects of “civil war” if certain events don’t go the way they want them to go?

There well could be multiple indictments coming from at least two states, and the U.S. Department of Justice over the conduct of the most recent former president of the United States. Donald Trump’s cult followers are vowing to take to the streets. They will exact revenge if their leader faces criminal prosecution.

Some of ’em have said they expect a civil war to erupt. What the … ?

Hey, we all know what happened when we had a Civil War in this country. Six hundred thousand Americans died on battlefields throughout much of the eastern United States. The war ended. President Lincoln vowed to bind the wounds that tore us apart … only to be assassinated.

Now some among us are predicting a return to that horrifying chapter in our national history. And why? Because the Justice Department is doing its job in accordance with federal law and the U.S. Constitution.

Oh, and then we have two states — Georgia and New York — looking as well into possible criminal behavior. They, too, are operating legally and ethically in the search for the truth.

Oh, my. These threats frighten the daylights out of me.

A friend of mine noted on social media that this bit of news won’t convince anyone’s crazy uncle, but the FBI has concluded something critical about the riot that overwhelmed Capitol Hill on Wednesday.

It is that the Antifa movement was not involved in the mob that stormed the nation’s Capitol Building. The riot killed five people, inflicted heavy damage on the structure itself and sent members of both congressional chambers — as well as Vice President Mike Pence — scrambling for cover to protect them against the mob.

Antifa is that leftist conglomeration of Americans who protest fascism in its various forms. Some right wingers have suggested that Antifa sympathizers were disguised as MAGA-hatted rioters.

The FBI has said “no,” that isn’t  the case. The feds have found no evidence of any leftist infiltration of the pro-Donald Trump mob that invaded the Capitol Building, where Congress was conducting its pro forma duty of ratifying Joe Biden’s election as president of the United States.

I agree with my friend that the FBI findings won’t persuade the frothing Trump faithful. It just needs to be stated that the nation’s top law enforcement agency has put the lie to, um, another lie.

Can it be that Donald Trump has just scripted his own impeachment by the U.S. House of Representatives?

I am wondering if his declaration today to ABC News that he would be willing to break the law if a foreign power produced negative information about a political opponent while he is running for re-election as president of the United States. Trump said he would “look at” the information and wouldn’t feel the need to report it to the FBI.

FBI director Christopher Wray just a month ago told Congress that anyone who got such info must report it to his agency.

Trump told George Stephanopoulos that “the FBI director is wrong.”

Who do you trust? The lying, amoral, unethical head of state or the career professional prosecutor and law enforcement official?

As for the House of Representatives and, yes, the Republican-controlled Senate, they should, too.

The question of the moment is this: Will they? 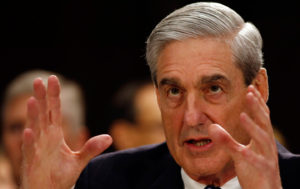 Robert Mueller was supposed to have handed his final report on The Russia Thing to Attorney General William Barr sometime next week.

Now it appears the special counsel won’t be doing so just yet.

Am I worried? Not in the least. I trust the former FBI director to do right by whatever it is he was asked to do when he took the job as the lead investigator into alleged collusion between the Donald Trump presidential campaign and Russian government operatives.

Mueller has been at this for some time. More than a year in fact. Deputy Attorney General Rod Rosenstein selected him to lead the probe after then AG Jeff Sessions recused himself from anything to do with the Russia matter.

You’ll recall the bipartisan praise that accompanied Mueller’s appointment. Democrats hailed it. So did Republicans. They all thought Rosenstein made an inspired choice. He couldn’t find a more qualified, more honorable, more integrity-filled individual that Robert Mueller to get to the bottom of The Russia Thing.

The president, sadly, has changed his tune. He calls the Mueller probe a witch hunt. He fired Sessions as AG. He selected a toadie as acting AG. He then found a solid veteran of the Justice Department, Barr, to lead the agency.

You can count me as one who wants the Mueller investigation to reach its conclusion. I had hoped he would release his findings to Barr sooner rather than later.

However, I am not dismayed. I still trust that Mueller is going to wrap it up, hand it over and I hope insist to the attorney general that the findings are made public.

Americans have a lot invested in this probe. Its findings are ours to peruse, to digest and to make judgments on what they reveal. 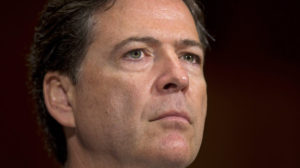 Former FBI director James Comey has given up his effort to avoid testifying before the U.S. House Judiciary Committee in private, behind closed doors.

But . . . he scored an important concession from the committee in return: The panel will release to the public the full transcript of what House members ask him and Comey’s answers to the inquiries.

Comey was summoned to appear before the committee to tell members about his firing by Donald Trump and about the FBI investigation into alleged collusion with Russian government agents who attacked our electoral system. We might get to know what was said at the time and what if anything his dismissal might reveal to those of us who are concerned about whether the president obstructed justice by firing the FBI boss.

Comey’s reluctance was centered on the nature of the questions that committee members might ask and whether Republican members in particular would be overly hostile. He wanted it all done in public, in front of the nation and the world. He sued to have it his way, but then backed away when Committee Chairman Robert Goodlatte, R-Va., agreed to release the transcripts for public scrutiny.

Comey in effect got what he wanted. The public will be allowed to see what he said, what the committee asked him and will be able to discern the nature of the inquiry.

The former FBI director said in a tweet: Grateful for a fair hearing from judge. Hard to protect my rights without being in contempt, which I don’t believe in. So will sit in the dark, but Republicans agree I’m free to talk when done and transcript released in 24 hours. This is the closest I can get to public testimony.