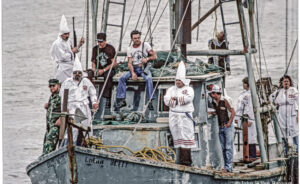 The tumult and tempest arising from the arrival of immigrants and, yes, refugees from Latin America have in their way taken me back to an earlier time in Texas when such new arrivals spawned violent protests and outright hatred.

Republican governors have taken great joy in sending migrants to Democratically held jurisdictions in a ploy to stick it in their ear. You favor welcoming these folks? Here, you can have ’em!

The Vietnam War ended in 1975 and with the end of the shooting in Vietnam thousands of refugees fled from Southeast Asia to the United States. They didn’t want to live under communist rule, so they found their way to the Land of Opportunity.

Many of those refugees settled along the Texas coast, seeking to resume their lives as fishermen and women. They sought to capitalize on the shrimp harvest opportunities. Not everyone welcomed them.

The Ku Klux Klan reared its ugly and evil head, raiding the Vietnamese shrimp fleets, cutting their nets and threatening the newcomers with violence if they didn’t leave the country. There was violence. Klansmen were charged with bringing physical harm and death to the Vietnamese.

Over time, though, the violence subsided. Today, in communities such as Port Arthur — with its substantial Vietnamese-American population — you find the influence of the descendants of those refugees in a most remarkable way. Check out the honor rolls of public high schools and you see plenty of names such as Nguyen, Phang and Lam. Yes, the children and grandchildren of those refugees excel academically and take that excellence with them into successful careers as adults

Do we really want to deny the current refugees — who flee communist tyranny in places such as Nicaragua and Venezuela — the same opportunity to succeed? 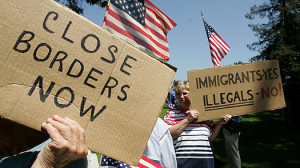 It’s fascinating to the max to watch what has happened to today’s Republican Party.

It is at war with itself. Immigration is the catalyst that has ignited the spark among the gaggle of GOP pols seeking the party’s presidential nomination.

There once was a time when Democrats were torching each other. The Vietnam War split Democrats between the Hawk Wing and the Dove Wing. Stay the course in ‘Nam or get the hell out of there … immediately if not sooner!

Well, the intraparty division sent Democrats into the presidential electoral wilderness for a time. Then Watergate occurred and the nation elected Democrat Jimmy Carter for a single term in 1976; Republican Ronald Reagan’s election in 1980 launched a 12-year run of GOP White House control.

Democrats are relatively united these days.

Two of the main protagonists are Sens. Ted Cruz of Texas and Marco Rubio of Florida. Rubio has accused Cruz of endorsing “amnesty” for illegal immigrants.

Cruz has fired back with his own allegations that Rubio has flip-flopped on the issue.

It’s all quite fun to watch, at least it is to me.

Cruz and Rubio both are playing semantics over what they — and each other — have said about immigration. Cruz seeks to become the most conservative of the Gang of 14 (GOP presidential candidates) on the issue. I don’t know what Rubio is trying to do, other than trying to muddy up Cruz’s stated positions on immigration.

They both share a common dislike of President Obama’s policies, which include granting temporary amnesty to millions of undocumented immigrants while sparing the children who were brought here by their parents illegally the misery of being kicked out of the only country they’ve ever called home; that would be the United States of America.

I don’t know when the pendulum will swing back to the old ways of Democrats tearing each other’s lungs out. I guess it will … eventually. For now, though, leave it to those silly Republicans to provide the entertainment. 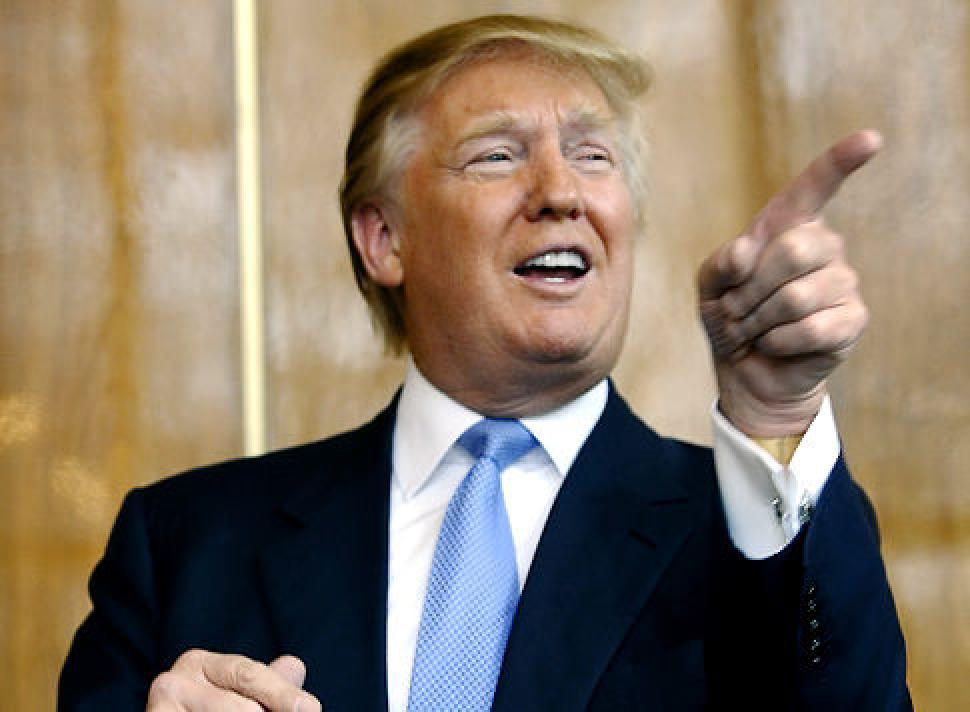 Bill O’Reilly says the media hate Donald Trump because he doesn’t fear them.

Sure. Trump doesn’t fear the media. I get that.

But do the media really hate this guy? I think not.

You see, the media get ratings boosts and readership bumps whenever this guy opens his mouth. Now that he’s running for president of the United States of America, the media have to report on the things he says. Most of those things are, well, utter nonsense.

Still, the media have to cover it. The way I see it, the media are doing their job.

It’s fair to ask, perhaps: Do the media have to give so much ink and air time to someone who has zero chance of being nominated by the Republican Party, let alone elected president of the United States? I think so. He’s polling quite well at the moment, grabbing an estimated 20-plus percent approval in a field of what seems like hundreds of GOP presidential candidates.

However, most of us — I think — realize that none of this is about Trump actually becoming president. It’s about Trump liking the sound of his own voice.

Are the media seeking to “punish” Trump because he’s such a blowhard? O’Reilly thinks they are: “(T)he media believe they need to punish Mr. Trump for being disrespectful and not cowering before them. Plus they don’t like his politics, generally speaking.”

It’s not just the media who are being critical, Bill-O. His fellow Republican candidates have fired plenty of ammo at Trump for the purely idiotic things he’s said, notably about many of them — not to mention what he’s said about one-time GOP presidential nominee and, yes, Vietnam War hero John McCain.

The longer Trump keeps popping off, the more the media have to cover him. In this strange and wacky world where pop culture intersects with public policy, the media will keep reaping the benefit.