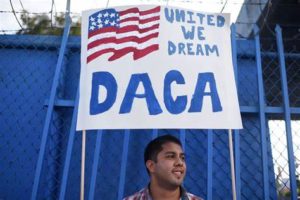 This surge of underage migrants coming across our southern border might produce a casualty that many of us don’t want to see occur.

That casualty well could be a push toward comprehensive immigration reform.

Republicans are suing President Biden over what they contend is a failed immigration policy. Texas Gov. Greg Abbott wants the Biden team to do more to prevent this surge in undocumented, unaccompanied children coming into Texas. Everyone is focused on the crisis of the moment.

My fear is that the Deferred Action on Childhood Arrivals — aka DACA — is going to get caught up in the sausage grinder of recrimination. DACA is an act restored by President Biden that allows those who were brought here illegally as children by their parents to remain as U.S. residents. Biden wants to give them a faster track toward legal residency or citizenship.

DACA is part of a comprehensive immigration reform effort that was thought essential by President Bush, a Republican and by President Obama, a Democrat. Donald Trump wasn’t interested in reforming the immigration protocol, other than to deport all illegal immigrants immediately back to their country of origin.

That included DACA recipients, who were here because their parents brought them here when they were youngsters. They grew up in the United States, they have paid their taxes, many of them have excelled academically, professionally and have raised their families here.

DACA might be on the bubble as the nation struggles with this surge and as President Biden tries to find firm footing on which to move the administration forward.