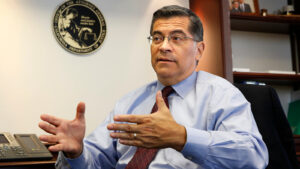 Xavier Becerra is going to do just fine as the nation’s newest secretary of health and human services.

He takes an otherwise obscure Cabinet post in a time of a national medical crisis. The pandemic is still around.

The 50-49 U.S. Senate vote to confirm came after some Senate Republicans bitched that the former California congressman and state attorney general lacks medical training. He isn’t a doctor, some of them said, which makes him “unqualified” for the HHS job.

What an utter crock of dookey!

Alex Azar was a drug company executive who preceded Becerra in this job. Was he qualified for the job?

GOP lawmakers are getting pretty damn clumsy in hoisting up these straw man arguments. Ben Carson became head of housing and urban development after spending a career as a renowned brain surgeon. Betsy DeVos led the education department despite having no hands-on experience with public education. Rex Tillerson served as secretary of state even though he earned his millions running a giant oil company. These are just four examples of Cabinet picks endorsed by Republicans during the Trump administration.

I want to reiterate something about Becerra: He served in Congress when the Obama administration sought to approve the Affordable Care Act. Then-Rep. Becerra played a key role in writing that legislation.

The man is qualified. He will do well in his new role leading the Department of Health and Human Services.