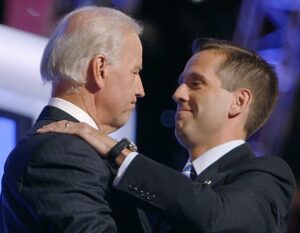 “Biden’s cabinet picks went to Ivy League schools, have strong resumes, attend all the right conferences & will be polite & orderly caretakers of America’s decline,” Sen. Marco Rubio (R-Fla.) wrote on Twitter. “I support American greatness. And I have no interest in returning to the ‘normal’ that left us dependent on China.”

I truly don’t know whether to laugh or scream.

A Republican Party with one of its members was elected president as a populist, is now accusing President-elect Joe Biden of being an elitist.

This is the fellow who commuted by train daily between Washington and Wilmington, Del., when he served in the Senate. Why did he do that? Because initially he was a widower with two young sons who needed their daddy home at night while the boys fought through their grief over the death of their mother and baby sister in a motor vehicle crash.

This “elitist” canard, though, is as phony as the assertion over the voter fraud assertion that the Whiner in Chief keeps alive.

3 thoughts on “POTUS-elect an ‘elitist’?”