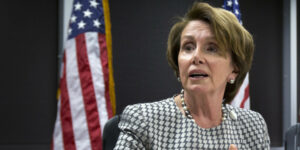 Nancy Pelosi is one of the shrewdest, most adroit politicians of this era. And I mean that in a positive sense.

The speaker of the U.S. House of Representatives had held out on whether to impeach Donald Trump, wanting instead to let the 2020 election play out.

Then something really big happened. The nation learned that Donald Trump talked with Ukrainian President Zellenskiy and asked him for a “favor”: Would he be able to provide some dirt on Joe Biden and his son, Hunter, in exchange for military aid to help the Ukrainians fight their aggressor-neighbors, Russia?

Pelosi then said, in effect: That did it!

She launched an “impeachment inquiry.” The ranks of congressional Democrats favoring impeachment exploded. As I write this blog, more than half of the entire House favors impeaching the president.

Now, what does this portend for Pelosi’s legendary political skill? It puts that skill to the most arduous task imaginable. She will need to manage this impeachment train, preventing it from running away and becoming something unrecognizable to the form it should take.

Donald Trump clearly — in my view — is unfit for the office of president. His statement to his Ukrainian colleague merely ratifies that view. He has enlisted the Ukrainian government to help him fight a domestic political foe. That is illegal and it is unconstitutional.

Pelosi, who grew up in a political household as the daughter of a former Baltimore, Md., mayor, knows the stakes. She is a veteran member of Congress. She is serving her second tenure as House speaker. She understands her Democratic caucus. She is tough and disciplined.

I don’t yet know if Pelosi is banking on that skill to help her shepherd this impeachment inquiry through the House. However, I am unwilling to bet against her and the skill she continues to demonstrate.

One thought on “Speaker putting her political skills to supreme test”