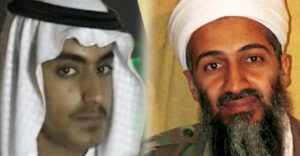 Hamza bin Laden, the son of Osama bin Laden and a reported “heir” to the terror group al-Qaida leadership is dead.

That’s according to U.S. officials who today declined to give any details on bin Laden’s death, or whether the United States played a role in the individual’s demise.

Donald Trump said simply “I don’t want to comment on that” when asked by reporters to comment. That’s OK, Mr. President. No need to speak out just yet.

Hamza bin Laden’s death, if true, marks another milestone in the nation’s ongoing war against terror groups that have declared their mission to be to bring harm to Americans and others around the world.

On May 1, 2011, when U.S. special forces killed Hamza bin Laden’s father in that spectacular raid in Pakistan, President Obama told the world that Osama bin Laden was not a “Muslim leader; he was a mass murderer of Muslims.” His son, Hamza, was cut from the very same blood-stained cloth as his old man.

Now he’s dead. That’s my hope. I also hope that the United States military did kill him. May he rot in hell.