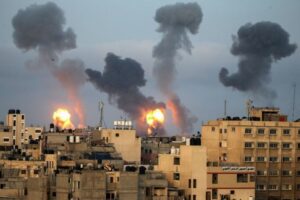 Twelve years ago this week I had the honor of beginning a marvelous journey through one of the world’s holiest — and deadliest — regions.

I accompanied four young West Texans to Israel on a Rotary International Group Study Exchange; once we arrived, we hooked up with another team of GSE members from The Netherlands. Today we are sharing our heartache at the video we all are watching from our homes as Israelis launch air strikes in retaliation of the rockets launched into sacred places by the terrorist group Hamas that governs Gaza.

You see, our journey through Israel took us to the doorstep of Gaza. We visited the Western Wall in Jerusalem. We toured all the quarters of the Old City. We walked along the Via Dolorosa where Jesus Christ strode 2,000 years ago, and we prayed on the Mount of Olives.

Now the region is being threatened once again by the horrifying terror that falls from the sky. Hamas is dedicated to Israel’s destruction. That is a fact. I will not argue the point in this brief blog post about why Hamas has decided to launch rockets into Israel.

I am going to express worry about the men and women we met along our marvelous journey. Are they safe? Have they been caught in the crossfire?

My friends with whom I traveled for those four weeks in Israel know of the love I have for them. I also have much love for the many people we met along our way through that holy place. We shared meals with them, we toasted them, we danced with them, we shared our life stories with them.

I am praying for their safety and for an end to the violence that keeps erupting in that holy and sacred land. 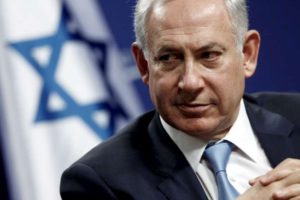 President Barack Obama and Israeli Prime Minister Benjamin Netanyahu occasionally used to say kind things about each other, despite their differences over how to find peace with the Palestinians.

I am guessing the niceties are finished.

The United States has broken with decades of diplomatic tradition by declining to veto a United Nations resolution condemning Israel over the settlements it is building in occupied territory that once belonged to Palestinians.

Netanyahu is furious and has said so openly and has condemned the U.N. and the United States over what he perceives is a slap at Israel.

This is tough for me to say, given my longstanding support of our president, but Netanyahu has reason to be angry.

The settlements are part of Israel’s effort to strengthen the buffer between its territory and that which it took during the Six-Day War of 1967, a brief conflict that was started by its Arab neighbors. Israel managed to finish it quickly by dispatching forces from Jordan, Egypt and Syria. In the process, it took over land known as the West Bank, which cuts through Jerusalem.

I have had the high honor to see that part of the world up close and I totally understand the Israelis’ concern about future violent outbreaks.

Netanyahu took particular umbrage at the language within the resolution. As the Washington Post reported: “’The resolution is distorted. It states that the Jewish quarter and the Western Wall are occupied, which is absurd,’ said Netanyahu, referring to holy Jewish sites that sit within the Old City in East Jerusalem.”

The Jewish quarter sits within the walled city inside Jerusalem. To suggest that it, along with the Western Wall, are “occupied” is ridiculous on its face.

As an aside, I sought for weeks to obtain an interview with Netanyahu before embarking on a month-long tour of Israel in May-June 2009. I wasn’t able to get one with the prime minister. Had I been able to sit down with him, I would have asked him about the settlements and sought to get a deeper look at the Israeli perspective into why they feel the need to build them in the first place.

Netanyahu now looks forward to working with Donald J. Trump, who will succeed Obama as president in January. My hope is that Trump can find a way to persuade Netanyahu that there must be a pathway toward a permanent peace with the Palestinians, even with the settlements.

I continue to support the so-called “two-state solution,” which would allow a sovereign Palestinian state to exist alongside Israel. The Palestinians, though, need to do a lot more to put down the militant objections within their own ranks to Israel’s own existence.

Perhaps the most ironic aspect of this serious breach between the United States and Israel is that it is happening as Christians prepare to celebrate Christmas. Think of it: Bethlehem, the birthplace of Jesus Christ, is walled off from the rest of Jerusalem and the prospects for that wall ever coming down appear dimmer than ever.

It is my belief that President Obama has made the bigger mistake in declining to object to this U.N. resolution. In doing so, he has alienated our nation’s most trusted ally in a region where we need all the alliances we can muster.