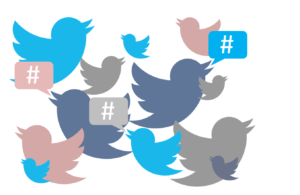 Mr. President, I feel the need to call you out on your latest Twitter tirade, this one against yet another politician “of color.”

House Oversight Committee Chairman Elijah Cummings is one of the smartest, most astute and erudite members of Congress. Yet you have decided  yet again to go after this fellow in a Twitter rant that questions the quality of life in his Baltimore congressional district.

Your latest rant — not unlike the one you launched against those four Democratic congresswomen (all of color, of course) — was intensely personal.

Oh, and I also noticed you decided to verbalize some alleged concern about President Obama’s “book deal.” You want the Justice Department to probe that matter … which also happens to involve the nation’s first African-American president? Is that right?

I don’t object so much that you have decided to use Twitter as a forum to make policy pronouncements. That’s your call. What is troubling, though, is that you do so without informing your staff. You catch them flat-footed, unable to respond cogently on what flies into cyberspace from your (allegedly) smart phone.

You also seem hell bent on castigating individuals such as Chairman Cummings and the four members of The Squad in intensely personal terms.

If you would limit your Twitter use to making positive pronouncements, well, that’s one thing. The good jobs numbers are fine. The budget deal that takes the government shutdown threats off the table for two years also is worth commenting on; one can debate the merits of the deal, certainly. Hey, I’d even accept your use of Twitter to argue for your side of the argument.

This constant haranguing, harassment and hassling of politicians — particularly those who, um, represent ethnic and racial minorities is seriously frightening to me.

You were elected to represent all Americans, Mr. President. Your constant use of Twitter to split the nation along racial, ethnic and partisan lines is disturbing in the extreme.

You vowed to cut back on your Twitter use. You pledged to “unify” the country. You said you would act “more presidential.”

On those key pledges, Mr. President, you are zero for three. You are not making America great again. 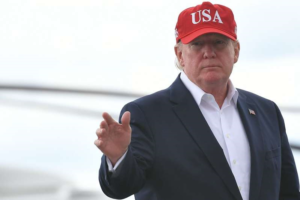 Oh, Mr. President, you just cannot stop tripping over yourself.

Your statement issued over the weekend that The Squad shouldn’t criticize the presidency, the nation, its policies flies directly in the face of your own personal history.

Then you say they owe you, the nation and the rest of Americans and apology for all those criticisms they have leveled.

Are you serious, Mr. President?

What in the world did you do for decades? You did precisely the very thing you accuse Reps. Alyanna Pressley, Rashida Tlaib, Ilhan Omar and Alexandria Ocasio-Cortez of doing?

Many of us remember the epithets you hurled at President Obama, at Hillary and Bill Clinton, various local officials at several levels of government. You have called previous presidents “stupid.” You have slung intensely personal insults at presidents and senior Cabinet officials.

Hey, Mr. President, I am just one of your constituents out here, but I think I speak for others who wonder the same thing. You, sir, lack the moral standing to instruct anyone else on how to conduct themselves as it regards those in power.

You have spent a lifetime leveling intense — and often deeply personal — criticism of others.

Now you expect four freshmen members of Congress to clam up just because you tell them to do so?

You cannot possibly be serious. 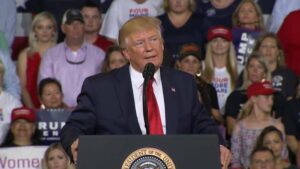 Who in the name of gullible voters do you think you are kidding, Mr. President?

You say now that you “disagree” with the chant in North Carolina of those faithful followers of yours to “Send her back!” You say you weren’t “happy with the message they gave” to U.S. Rep. Ilhan Omar, the congresswoman from Minnesota who came to this country as a pre-teen from Somalia and this past year got elected to the U.S. House of Representatives.

I didn’t see you make any effort at that campaign rally in North Carolina to quiet the chant. I didn’t see you seek to restore any semblance of order and decorum in that crowd. I did not see you address that chant directly once the mob of supporters quieted down.

So now you expect the rest of us believe that you were displeased with the chant? That you were unhappy that your followers were merely picking up on those racist-sounding Twitter chants suggesting Omar and her three “Squad” members — all progressive first-year Democratic congresswomen — could return to their country of origin if they are so unhappy in this country?

Nor did you, I hasten to add, remind the chanters in the mob that the three other House members are native-born Americans. All of them, even the naturalized citizen from Somalia, are as American as you and I are.

Or that they’re all U.S. citizens and are duly elected members of the legislative branch of the federal government.

Knock off the lying, Mr. President.

I do not believe for an instant that you “disagreed” with the chant.

You, sir, are a pathological liar.