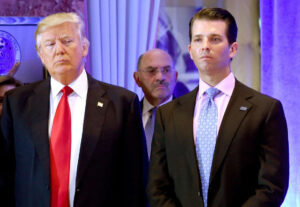 The 45th POTUS issued a statement today that says, in part: “Now he’s giving Democrats everything they want and getting nothing in return,” he continued. “No deal is better than a bad deal. Fight for America, not for special interests and Radical Democrats. RINOs are ruining America, right alongside Communist Democrats.”

What drew the wrath of the former Numbskull in Chief? He doesn’t like the infrastructure deal brokered by Senate Republicans, led by Mitch McConnell and President Biden.

You know what? He’s right. RINOs have co-opted a once-great political party, shaped it into a cult of personality, allowing the one-time commander in chief to say things such as what spewed forth today about the infrastructure deal.

The 45th POTUS isn’t a Republican. He’s a fraudulent con man who masqueraded as a GOP politician when he ran for president in 2016. He is a traitor to the nation he took an oath to protect. How is that? Because he incited the Jan. 6 riot, fomenting The Big Lie about the 2020 election being “stolen” from him.

An actual good-government Republican never — not in a zillion years — would have done the things that this moron did and continues to do.

So, yeah. He’s correct to blame the Republicans In Name Only for “ruining” the country. Indeed, he is one of them. 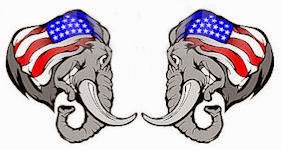 This isn’t a scoop, but it is clear that today’s Republican Party is locked in an internecine battle over the path it should take toward its future.

Yes, it causes me plenty of grief. Not because I am a card-carrying Republican — although I have voted in plenty of GOP primary elections over the years — but because it forces me to align with my  Republican friends who I consider to be on the “good side” of that intraparty battle.

I lived and worked in the heart and soul of the Texas Republican Party for nearly 23 years, nearly 18 of them as editorial page editor of the I know many fine elected officials all of whom are Republica Amarillo Globe-News. I resigned from that post nearly nine years ago, but I have retained many personal friendships with those individuals.

They are being whipsawed by competing factors: the beliefs of those who they represent in public office and their own view of what constitutes a “real Republican.” OK, you know that I am talking about the cult of personality that has evolved since the emergence of Donald John Trump on the political landscape. He ran for president of the United States as a Republican while campaigning as a so-called “populist” who by definition abhors concentrating power in the hands of the “elite.” Is that how he governed? Hah!

He’s out of office — thank Almighty God in Heaven! Trump’s legacy lives on in the minds of those who continue to believe in the Big Lie that the 2020 election was stolen from him. The Big Lie taints everything about Trump and the party he purportedly represented while campaigning for the presidency and then serving as president for the past four years.

Meanwhile, we see actual GOP officeholders and contenders for public office trying to sell their ideas to a constituency that has swilled the snake oil sold to them by the presidential imposter known as Donald Trump.

How do these actual Rs compete with that? Thus, we see how this conflict is playing out.

I pity those friends I consider to be actual Republicans. They are caught in a struggle exacerbated by the lies — led by the Big Lie — told by the individual who grabbed their party by the throat. He is throttling the life out of it. 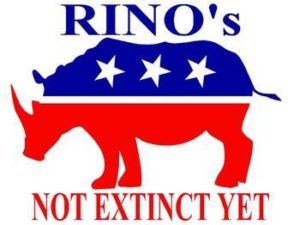 Republican Party “purists,” whoever they may be, must be furious with what the GOP majority in Congress has done.

Republicans who control both congressional chambers have just rammed through two versions of a tax cut that by many economists’ view is going to explode the federal budget deficit.

Therefore, congressional Republicans — virtually to a person — comprise Republicans In Name Only. They are the dreaded RINOs that purists keep condemning as closet big-spenders masquerading as members of the party of fiscal responsibility.

One Republican — lame-duck U.S. Sen. Bob Corker of Tennessee — managed to vote “no” on the Senate version of the tax cut. But he was the only one.

Now this monstrosity goes back to the House of Representatives, which will seek to reconcile its differences with the Senate version. Then they get to vote again on it.

After that? It goes to the Oval Office, where the president of the United States will sign it. He’ll boast about the “victory” he won. Donald Trump will take credit for enacting a bill about which he likely doesn’t know a thing.

Do you remember the time when Republicans used to blister Democrats for running up those huge deficits? As recently as the 2016 election, Republicans were pounding freely at Democratic President Barack Obama for overseeing a sharp growth in the national debt. But here’s the deal: Under the Obama presidency, the size of the annual deficit was decreasing almost every year; by the time President Obama left office, the annual budget deficit had been cut by about two-thirds from the amount he inherited when he took office in January 2009.

I guess those days are gone, along with any chance that Republicans and Democrats are going to find common ground on matters that affect all Americans.

As for the country’s budgetary future, it’s now in the hands of RINOs. When are the party purists going to start squawking?

Hello? Is there anyone out there?