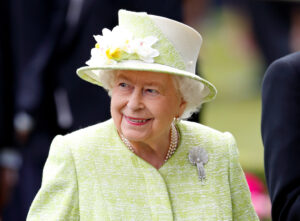 It seems odd for me to believe this, but as I watch this morning the funeral of Queen Elizabeth II, I am struck by the realization that for my entire life she was among those world leaders who remained a constant presence in my life.

I am not a “royalist.” Nor do I fixate on the comings, goings and happenings with all the members of the British royal family. I was saddened, certainly, by Diana’s death 25 years ago, but I got over it. I have been chagrined by the Andrew’s behavior, but I’ll get over that, too. The so-called rift between Harry and the rest of the clan? Pfft! That’ll pass.

Queen Elizabeth II, though, has been front and center of all things British for almost my entire life, which means that for as long as I have been aware of anything other than my immediate needs as a toddler, she’s been well, just there.

King Charles III is now the man, the head of state. It’s going to take some time for Charles III to assume the role of ever-present figure on the world stage. He might not live long enough to achieve the status that his “mummy” assumed.

I just am filled at this moment with a strange sense of something — or someone — missing from my conscious thoughts.

It has to be Queen Elizabeth II. I’m going to miss her. 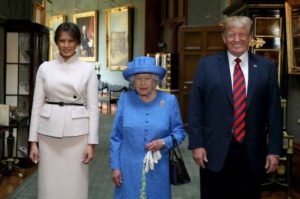 I am slapping myself silly over the president of the United States’ inability to conduct himself with anything approaching the dignity his high office would demand.

Donald Trump is getting set for a state visit to the United Kingdom. He’ll meet with Queen Elizabeth II, Prince Charles and many other dignitaries. State visits compel him to meet with the high and mighty among his hosts.

But what in the world is this guy trying to do?

Prime Minister Teresa May has announced her resignation. Trump then weighed in with a virtual endorsement of Boris Johnson as May’s possible successor. Labor Party officials say that a U.S. president should meddle in a British election; one of them called Trump’s near-endorsement to be “unacceptable.”

Oh, and then there’s the dust-up over the Duchess of Sussex, the American-born wife of Prince Harry, Meghan Markle, who said in 2016 that she might consider moving out of the country if Trump were elected president.

Trump responded by saying something about Markle being “nasty,” but then said he believed she would do well as a member of the British royal family.

White House officials say that Trump’s remarks were taken “out of context.” OK. Whatever.

If only the president of the United States would understand — let alone follow — the rules of diplomatic decorum.

He shouldn’t offer any public opinion on who should become the head of government of an allied nation in the midst of enormous economic and political turmoil.

Nor should he pop off about a beloved member of the royal family, tossing around the “nasty” epithet just because she — as an American citizen — was offering a political statement, which she is entitled to do.

It’s always something with this guy. 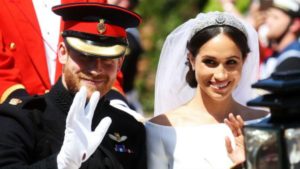 I don’t pretend to be the source of all original thoughts — or even more than just a few of them — but this one occurred to me this morning.

I awoke today in time to catch the final few minutes on TV of the royal wedding of Prince Harry to Meghan Markle, the American woman whose life has just changed forever and ever.

What’s more, I was struck by the outpouring of love not only from the hundreds of thousands of spectators lining the parade route from Windsor Castle, but also from the commentators who were reporting on the festivities.

They seemed genuinely thrilled to be there. These news anchors who spend much of their waking hours reporting at home on matters that bring sadness instead of joy were relishing the moment of marital bliss.

Yes, our hearts are heavy on this side of The Pond over news of another school shooting, this time near Galveston, Texas. But there seems to be a genuine love for these two young people who have become betrothed for “as long as they both shall live.” That’s the way it’s supposed to work, yes? It didn’t work out for Harry’s parents, or for his Uncle Andrew and his former wife.

Yet we wish nothing but eternal happiness for these two young people and my sense is that the joy from the former Colonies is as real and intense as it is in the United Kingdom.

We’re sick of the silliness, the scandal, the rancor, the conflict that dominates our news cycles here. I sense a desire to enjoy the moment and perhaps to live it vicariously — if only for a day or maybe two — as the Duke and Duchess of Sussex begin their new life together.

They’ll do good work, because that’s what British royal couples are asked to do.

Let’s enjoy the moment together for as long as we can. The nonsense here at home awaits as soon as the British royal glow fades. 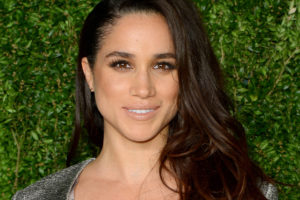 This blog post features two prominent Americans who have something in common. It’s actually, though, about the media and the way they have covered these two individuals.

One of them is the young woman pictured above: Meghan Markle, the fiancée to Great Britain’s Prince Harry. They’re getting married in May at Windsor Castle. 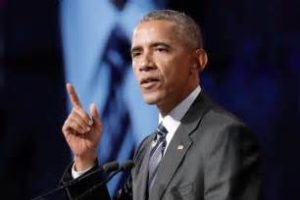 The other person is the fellow you all know: Barack H. Obama, the 44th president of the United States of America. He’s now a private citizen.

Their commonality? They both are African-American. Markle’s mother is black; her father is white. Obama’s mother was white; his father was black.

Here’s the head-scratcher that gives me cause to post this brief blog item: Why do the media decline to refer to Markle as an African-American woman who’s marrying into British royalty? The media made a lot out of President Obama’s standing as the first African-American ever elected to the presidency. And, yes, Obama’s election in 2008 was a big deal partly for that reason.

To be fair, I am not consumed by the Meghan-Harry romance. I don’t follow it as closely as millions of other Americans. So perhaps the media have made the African-American reference many times beyond my earshot.

Still, someone might have to explain to me why the media are treating these two celebrities so differently. Is it because Markle’s racial heritage is not part of the larger story, while it was a part of Obama’s story?

I am all eyes and ears.