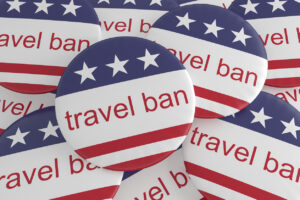 On the night he declared victory in the 2020 presidential election, Joseph Biden’s team announced plans for the new president to sign a series of executive orders on Day One of his administration.

One of them would be to life a ban on entry into the United States by travelers from certain Muslim-majority nations. Donald Trump issued that order early in his presidential term.

The new president wants to revoke that order. To which I say … yes!

FBI Director Christopher Wray has told us a stark truth about the nature of terrorist threats to this country. It is that the biggest threat comes from home-grown, corn-fed white supremacists and not from Muslim nations.

The new president realizes what the nation’s top cop, the FBI director, has asserted.

I don’t mean to suggest that this nation’s security team should just shrug and look the other way at any terrorist threat that comes from abroad. I do mean to suggest that Donald Trump issued an informal declaration of war against Islam, a point that Presidents George W. Bush and Barack H. Obama sought assiduously to avoid when they were in office.

President Biden intends to revoke the Trump overstated declaration that Muslim countries pose a hideous threat. If we have learned anything since 9/11 I would presume we have learned how to detect and deal with international terrorist threats, especially from Muslim nations … which renders a ban on travelers from those nations to just an unnecessary show of presidential bravado. 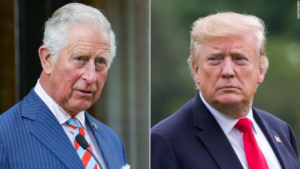 Climate change is happening. It isn’t a hoax. It isn’t a made-up figment of billions of Earthlings’ imagination. Honest. It’s happening right now in real time.

One of the world’s pre-eminent climate-change activists happens to be the United Kingdom’s monarch-in-waiting, Prince Charles.

Prince Charles is going to play host soon to Donald Trump, president of the United States and one of the world’s pre-eminent climate-change deniers.

Thus, the visit is filled with controversy, and Trump hasn’t even arrived yet.

Trump has said climate-change is a hoax drummed up by China, which he alleges is trying to undermine the U.S. fossil fuel industry. Of course, as he does with virtually every allegation he makes, the president doesn’t offer a shred of evidence to buttress whatever he says.

Prince Charles agreed to meet with the president when he makes his initial state visit to the U.K. These visits usually involve a meeting with Her Majesty Queen Elizabeth II. Any meeting with her son, the heir to the throne, isn’t required of visiting heads of state.

But it’s good that Trump will meet with the prince.

It also is my fondest hope that Prince Charles raises the issue of climate change with Donald Trump. Oh, I wish I could be the proverbial fly in whatever room where such a meeting would occur . . . although I doubt there will be a fly anywhere near the two men, if you get what I mean.

There’s also the situation involving the possible meeting between Trump and Sadiq Khan, the Muslim mayor of London. Trump has spoken ill of Muslims, saying how they “hate America”; he has tried to enact travel bans of Muslims to the United States. Along the way, he has managed to offend Muslim worshipers, such as Mayor Khan.

The issue at hand, though, is whether the planet’s climate is changing and what the world’s leading industrialized nations are doing to minimize the damage being done to our ecosystem. The Brits are being proactive, responding to the rhetoric espoused by the Duke of Windsor and other environmental activists. Americans, though, are hamstrung by the president’s rescinding of environmental regulations aimed at curbing carbon emissions, a serious cause of Earth’s annual warming.

Give the president the dickens on climate change, Your Highness.

I am one American who is on your side. I am quite sure I’m not alone. 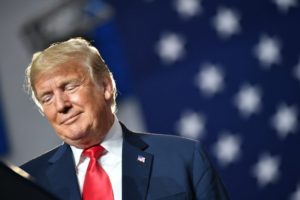 Donald J. Trump is going to ask Americans to re-elect him to another term as president of the United States. I am baffled to the max over this question: How is he going to make the case that he has earned a second term?

Trump got elected in 2016 by demonizing his opponent, Hillary Rodham Clinton and by stoking fear of enemies outside of our borders and of those within them. He promised to vanquish them all. He told us that “I, alone” can repair all that ailed the nation.

He has been bedeviled by questions concerning his relationships — business, personal and political — with foreign governments. He claims today that he has been “exonerated.” He hasn’t been cleared of anything. That’s another story.

As he ramps up his re-election campaign, Donald Trump is facing a critical question. How is he going to sell himself for another four years in the White House?

I am reminded a bit of the late Texas Gov. Ann Richards, who ran for re-election as governor in 1994 against a political novice, a fellow named George W. Bush. Richards was thought of at the time to be highly popular. She had good — if not great — public approval ratings.

She made a critical error during her first term. She vetoed legislation that would have referred a concealed handgun carry bill to the voters for their endorsement. The veto enraged gun enthusiasts.

More than that, though, Richards hardly spoke of how she would govern during a second term. She spent a lot of public time blasting George W. Bush, calling him a lightweight and a “jerk.” Bush remained focused on his campaign themes.

There ought to be a lesson for Trump here. Except that he won’t accept it. He won’t campaign on a second-term vision because, in my view, he doesn’t have one. Heck, he didn’t have a first-term vision, other than banning Muslims from traveling to this country, building The Wall along our southern border and eliminating the Affordable Care Act.

He stoked fear and loathing. He appealed to our darker instincts.

Is he going to brighten his vision for the future? Hah! Hardly! A 70-something-year-old man isn’t likely to change the strategy that won him election to the first public office he ever sought.

In my humble view, these basic tenets remain the same today as they were when Trump rode down the Trump Tower escalator to announce his presidential candidacy:

Donald Trump doesn’t deserve re-election any more than he deserved election in the first place. I intend to do everything within my meager power — through this forum — to make that case.