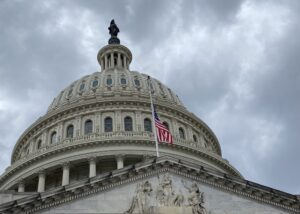 One usually doesn’t expect much from lame ducks, whether they are politicians or the governing bodies in which they serve.

That is decidedly not the case involving the current Congress, which is now officially entering its lame-duck status. Those of us who are concerned about the status of good government and of congressional investigations into the effort to overturn a free and fair election are expecting a great deal out of this lame duck Congress.

Republicans who are taking over leadership of the next Congress say they intend to investigate — get ready for it! — Hunter Biden’s business dealings. Yes, President Biden’s son is being targeted for investigation. What about inflation? What about the Ukraine War? What about climate change? Or gun violence? Hey, that’ll have to wait until the GOP finishes its probe into Hunter Biden’s business activity! What utter crap!

Then we have the 1/6 committee’s report. The House select panel is finishing up its own probe into Donald J. Trump’s effort to overturn the election that tossed him out of office. The committee led by Chairman Bennie Thompson, D-Miss., needs to get its findings on the record. House Republican leaders are all but certain to toss it aside once they assume power.

The House GOP’s slim majority apparently gives the nut job wing of the Republican caucus even more power. The MAGA/Big Liar cabal is going to lean hard on the presumptive speaker, Kevin McCarthy, to do its bidding. It will be fascinating in the extreme to see whether McCarthy resists their demands and gives the more establishment members of his caucus — not to mention the Democrats — more of his attention.

McCarthy has shown a cowardly tendency, sad to say, toward kowtowing to the nut jobs — starting with the Nut Job in Chief, one Donald John Trump. McCarthy stood on the floor immediately after the assault on the Capitol on 1/6 and declared that Trump was singularly responsible for inciting the assault on our government. Then he ventured to Mar-a-Lago, shook Trump’s hand and mugged for the cameras as if to tell the Insurrectionist in Chief, “Hey, it’s OK now. I was just kidding when I said those things. I’m with ya.” 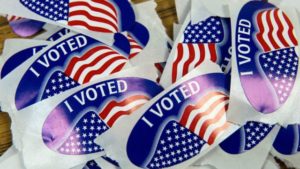 I am still trying to grasp what in the world happened this week during the 2022 midterm election.

I dare not even begin to predict what the consequences of this startling election will mean for the cause of good government. The U.S. Senate appears set to remain in slightly stronger Democratic hands. The U.S. House will turn Republican, but the GOP margin is likely to make their majority virtually unworkable.

It just boggles my mind to consider what could have happened at the polls. The election deniers by and large got the boot. Many of the MAGA acolytes faced the same fate.

I won’t necessarily buy into the notion that Americans are happy with the state of the economy, although our nation’s economic health is far better than many partisan critics have described it.

It well might be that Americans are sick and tired of the dangerous rhetoric that comes from the MAGA/election deniers within the Republican Party. That message became the centerpiece of many Republican candidates for important offices, such as governor, members of Congress, secretaries of state.

If that is the case, then the cause of good government has received a much-needed and necessary boost. Not a bad outcome. 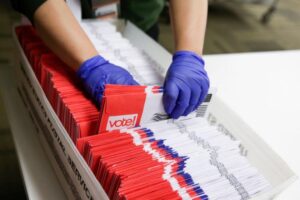 You hear it, without fail, every two years, that “this is the most important, most consequential election in our lifetime, if not in history!

It’s being bellowed and blustered again as the 2022 midterm election approaches. You know what? This one just might fit the bill, given what’s at stake and what could be the fate of the democratic system of government that we all say we cherish.

The importance of this year’s midterm election has its root in the aftermath of the 2020 presidential election. Donald Trump refused to concede that he lost to Joe Biden. Then came the 1/6 insurrection, the assault on our Capitol Building, the effort to stop the certification of the election results.

Trump continues to foment The Big Lie about “widespread voter fraud.” His lying has spawned a new category of candidates. We call them “election deniers.” They are running for seats in the U.S. Senate and the House of Representatives, for governorships, for secretary of state in many states where they serve as chief election officers.

They are running neck-and-neck in many states with “mainstream” candidates who want them defeated not just to protect their constituents from the lunacy they are promoting, but to protect our democratic system of government.

It’s the closeness of many of these contests including candidates who continue to deny the 2020 election result that simply boggles my noggin. The Pennsylvania U.S. Senate race, the race for Ohio’s U.S. Senate seat, the battle for the Senate seat in Georgia, campaigns for governor in Pennsylvania, Arizona and even in Texas.

The U.S. Senate is divided 50-50, but Democrats hold the edge — for the moment — because they have a vice president who can break tie votes. A swing of a seat or two in either direction means (a) that Republicans will take control and become even more obstructionist for the next two years of President Biden’s term or (b) that Democrats can gain something close to a governing majority and move on important legislation aimed at restoring some sort of balance of power.

Me? I am hoping for a huge turnout that rivals what we saw in 2020, with Joe Biden and Donald Trump together polling more than 155 million votes. It was a stunning turnout. It means that democracy is alive and well.

May it continue to show good health and vitality this year, too. 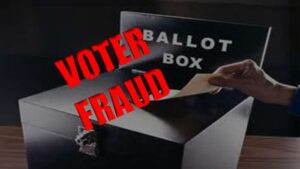 All those wacky Republican election deniers appear to be winning their primary election battles, setting them up for contests against serious political candidates in the fall.

The task now falls on responsible voters in states such as Pennsylvania, Florida, Arizona, Nevada and the Dakotas to toss them out on their ear and elect individuals who haven’t swilled The Big Lie concoction being offered by Donald J. Trump and his cabal of cultists.

I am going to endorse the notion — admittedly with an abundance of caution — the idea that the election deniers’ presence on the fall midterm election ballot is tailor-made for Democrats wishing to put the Big Liars in their place.

My caution isn’t because I dispute their notion. It is because I am not sure that American voters necessarily are smart enough to rise up against these threats to our democratic process.

Think of what might happen. A GOP candidate for Pennsylvania governor could appoint a secretary of state and have that individual actually reject the outcome of the 2024 election if it happens to go in Democrats’ favor. Same thing could happen in Arizona.

The task now is for voters in several key states to deny them the power to enact such craven policies. I won’t surrender to their political idiocy. Neither should anyone else. 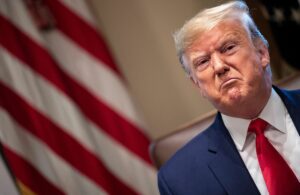 There can be nothing normal about today’s political climate, given what I understand is the amazingly strong showing among Republican candidates for high public office.

Bear in mind that these Republicans have been endorsed/anointed by Donald John Trump as heirs to the political idiocy to which he gave birth when he rode down the Trump Tower escalator in 2015 to announce his presidential candidacy.

For example, I just heard that dumb bell Herschel Walker is actually leading Sen. Raphael Warnock in the race in Georgia for Warnock’s seat in the Senate. The spread is just 3 percentage points, but the very idea that a dumbass like Walker can be taken seriously as a senatorial candidate simply blows my mind.

It’s neck and neck up yonder in Pennsylvania, where Trumpkin Mehmet Oz is running against Lt. Gov. John Fetterman for the GOP-held Senate seat that Pat Toomey is vacating. Oz doesn’t even live in Pennsylvania and has managed to make a hash out of damn near every issue there is to discuss. He’s still in the hunt.

Over in Ohio, another Trump cultist, J.D. Vance, is actually ahead of U.S. Rep. Tim Ryan in the race for the seat vacated by Sen. Bob Portman, one of the good-guy Republicans still in office.

These and other examples suggest to me that whatever political future Trump carves out for himself might be moot. He’s already won by leaving a large footprint on a once-Grand Old Party.

If he declines to run for POTUS in 2024, his candidates will carry the ball for him. If he decides to run and loses, he’ll still have that field of Trumpkins.

If he runs and wins … oh, jeez, I can’t finish that thought.

The 45th POTUS has endorsed a slate of losers, nut jobs and dumbasses. That much we know. What boggles my noggin is that some of them actually might win.

Texas has the unfortunate title of being home to too many political villains, all of whom — it’s safe to say — happen to belong to a single party.

What do you expect? Every elective office in this state is held by members of the one-time Grand Old Party. There was a brief moment just about four or five years ago when a sitting judge on the Texas Court of Criminal Appeals changed his party affiliation Republican to Democrat; then Larry Myers got beat for re-election … by a Republican, of course.

The ranks are so full of villains, it is difficult for me to single many of them out.

I have to mention three obvious villainous pols:

Will Democrats ever be able to break the GOP stranglehold? I keep hearing about how Texas is believed to be “trending” toward a more competitive political environment.

Oh, how I hope that’s the case.

Right-wing media commentators have been roughing up one of their own recently and it isn’t a pretty sight.

U.S. Rep. Liz Cheney, a Wyoming Republican and Donald Trump’s No. 1 political enemy, got thrashed in this week’s GOP primary. What has been the reaction from some in the conservative media?

They are calling on her to resign from the House now, step away from her role on the House select 1/6 committee and, in effect, keep her mouth shut.

She should do none of that. Cheney’s term in office expires at the end of this year, which means this good-government progressive wants her stay on her watch and continue to hold Trump accountable for the crimes he committed while inciting the 1/6 insurrection.

To be sure, I believe Cheney inflated the significance of her primary defeat by comparing her fate to what happened to the father of the Republican Party, America’s greatest president Abraham Lincoln.

Lincoln lost two congressional contests before being elected president in 1860, Cheney reminded us, as if to suggest that her own congressional loss might signal her ascent to the White House in the future.

She is getting way ahead of herself.

However, I do not for one instant believe she should step away. Cheney is providing a valuable voice of reason where few of them exist within her GOP.  Moreover, she is performing valuable service as vice chair of the committee led by Mississippi Democrat Bennie Thompson.

My advice to Rep. Cheney? Stay the course. Wyoming voters elected her to serve until the end of 2022. She has more work to do on behalf of the effort to preserve, protect and defend our precious democratic process.