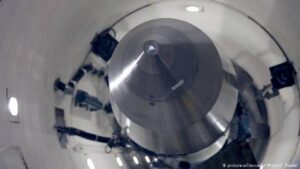 Am I hearing this correctly, that some of the documents seized by the FBI in its search of Donald Trump’s Florida digs contained nuclear secrets?

Did the ex-president take this information out of the White House and store them in boxes in the basement of his estate? Were they U.S. nuclear secrets or information about other nuclear powers? Or both?

What in the name of national security would a former president do with this information?

I cannot even begin to wrap my noodle around this bit of news reported today by the Washington Post.

Oh, brother. We all had better hold on with both hands while this matter plays out. This is going to get real ugly.