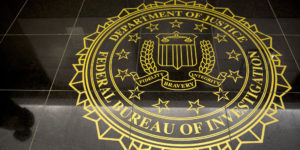 Donald J. Trump is correct. The search of his home in Florida is the “first time in history” that the FBI has conducted such an operation against a former U.S. president.

There. Now that we have that out of the way, I want to make sure we all understand something else.

So, is the FBI search legal? Yes. It is. The Justice Department obtained approval from a federal judge to proceed with the search. The FBI needed to demonstrate “probable cause” to believe a crime has been committed, and it did in the eyes of the judge who issued the search warrant.

Trump’s assertion that he now is the first president in U.S. history to have been subjected to this kind of legal action is correct.

However, he deserves it!