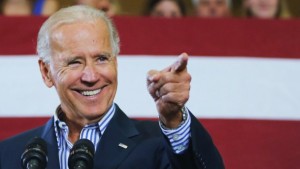 Democrats are beginning to grumble about President Biden. They fret over his poll numbers, suggesting he isn’t showing enough decisive leadership in times of crisis.

Most of the griping comes from the progressive wing of the party, the fraction of Democrats who want to pack the Supreme Court with more liberal justices; they want to eliminate the filibuster in the Senate; they want the president to forgive all student debt.

They cannot understand why the president — who proclaims himself to be a progressive Democrat — isn’t joining them in their zealous quest for political perfection.

I’m going to give Joe Biden a bit more credit than progressives are giving him. The man has been a creature of government since before he was elected to the U.S. Senate in 1972. He knows politics and understands the value and the need for compromise.

Some progressive politicians say at this moment they cannot bring themselves to endorse President Biden for a second term should he decide to run in 2024. He has declared his intention to run for a second term, which — of course! — could change. I learned long ago that a pol’s “intent” doesn’t always translate into a forever condition.

Joe Biden has been dealt a tough hand. Vladimir Putin went to war illegally in Ukraine. That conflict has affected the price of fossil fuels. Inflation is raging. But, seriously, what can the president do unilaterally to bring it under control?

All that said, I am not going to acknowledge publicly that the economy is in the tank. We’re still adding hundreds of thousands of jobs each month. Unemployment is down to pre-pandemic lows.

And, yes, we have those midterm elections coming and the prospect — although it’s not certain — that Republicans are going to win control of Congress.

The progressive wing of the Democratic Party, though, can count this chump blogger as one who is going to stand with the president.