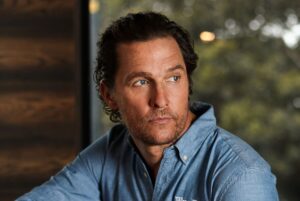 The latest round of public opinion polling on the 2022 Texas governor’s race sent a glaring message to me.

It goes like this: Matthew McConaughey polls stronger against Gov. Greg Abbott than Beto O’Rourke. Why? Because Texans don’t know a damn thing about McConaughey other than he won a best actor Oscar not many years ago for his role in “Dallas Buyers Club.”

O’Rourke has been on the national political stage since 2018 when he nearly defeated Sen. Ted Cruz in the race for Cruz’s U.S. Senate seat. Abbott, too, is now a well-known and highly chronicled political figure.

McConaughey? I don’t even know if he’s going to run for governor as a Democrat or Republican. He has been playing coy about the party under which he would run.

Indeed, the actor — a native of Texas who lives in the Austin area — has been coy about his views on an array of issues: immigration, public school curriculum, abortion, voting rights, gun violence and gun owners’ rights, climate change, energy production … stop me before I go bananas, OK?

I strongly suspect that when — or if — McConaughey starts laying out some specifics we are going to see some movement in those polls as it regards whether he stands a chance of becoming the state’s next governor.

For now, Texans seem to consider McConaughey a bit of a mystery man, albeit a dashing mystery man.