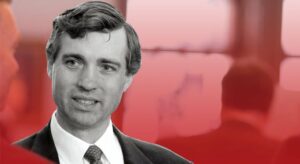 Public opinion polls have had their hands full in the past few days.

They are scurrying around the country asking Americans whether the Afghan War was worth the fight. A significant majority of Americans are telling them “no,” it wasn’t worth it.

Congressional Republicans continue to pound President Biden over his decision to bring our troops — all of them — off the battlefield. A consequence has been the Taliban takeover of a country our forces fought to protect against the terrorists’ retaking control of the country.

I want to reiterate a key point. President Biden ended what his immediate predecessor started, which was a negotiated settlement to end our fight. That fact has been lost on GOP critics of Joe Biden, one of them being U.S. Rep. Van Taylor, my congressman, who said this in a statement: “Reminiscent of Saigon, President Biden naively chose to conduct an ill-advised and poorly planned withdrawal from Afghanistan despite warnings from national security experts and continuous violations from the Taliban.”

Huh? Eh? Taylor said Biden should have done “nothing.” His decision to end the fight, Taylor said, leaves “America and Americans worse off for it.” He calls this one of the president’s “reckless decisions.”

Hmm. I will disagree respectfully with the congressman.

Americans didn’t want to keep fighting an unwinnable war. POTUS No. 45 sought to negotiate a deal with the Taliban, remember? Do you also recall how he invited the Taliban to Camp David — on a date commemorating the 9/11 attack on our nation?

By my way of thinking, “doing nothing” about Afghanistan was not an option. President Biden had two choices: staying or leaving. He made the right call.

One thought on “Do we stay or do we go?”