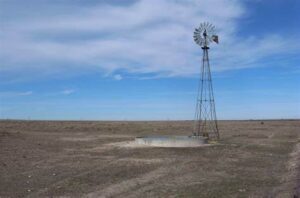 Some readers of this blog might be wondering why I spend any time  criticizing a member of Congress who represents a district where I no longer reside.

I will answer that query, presuming some of you are wondering.

I have spoken out about the Twitter rants of a Republican serving the 13th Congressional District of Texas. Ronny Jackson lives in Amarillo. He is a disgrace. I have said so, admittedly with extreme prejudice.

I care about that fellow’s rants for two reasons.

One is that my wife and I lived there for 23 years, longer than anywhere we have resided in our nearly 50 years of marriage. One of our sons still lives there. We have many friends there, too. I care about them. They should be represented by someone who (a) isn’t a carpetbagger and (b) isn’t prone to making defamatory remarks about the commander in chief, which Jackson does regularly about President Biden.

The second reason is that Ronny Jackson votes on legislation that affects every American. It’s the same reason I care about the goings-on involving other congressional fruitcakes and loons; Reps. Marjorie Taylor Greene, Matt Gaetz, Kevin McCarthy and Sen. Mitch McConnell come immediately to mind. When they vote on federal legislation, they put their imprimatur on laws that have a direct impact on every single American.

I won’t apologize for harboring these feelings about members of Congress, any more than I feel the need to justify why I support other members of the legislative branch of government. Or, for that matter, why I continue to support President Biden … even as he struggles with crises, as he is doing at this moment.

We have plenty of fruitcakes in North Texas, where we now live. I’ll be getting to them in due course. I just felt the urge to explain a thing or two about why I still look back fondly at our time on what I call the Texas Tundra and why I want the best for the good folks who still call it home.