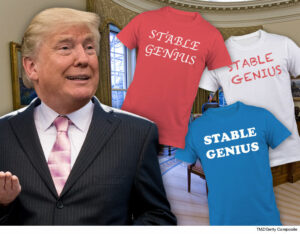 God Almighty might strike me dead for giving this a moment of thought, but here goes anyway.

What in the world might happen if the former A**hole in Chief loses a second time to President Biden in 2024? Will he declare that election, too, is “rigged,” that it is “fraudulent,” that it was “stolen” from him through widespread voter fraud?

Would he dare suggest such nonsense even if he were to lose in a monumental landslide, which I believe would be the result if we got a rematch from 2020.

You know already that I don’t foresee that scenario playing out. I don’t think the ex-POTUS is going to run. Nor do I think he would be nominated even if he were to seek the Republican presidential nomination in 2024.

But dang it, man! The question is worth asking only because when you ponder the weird machinations of the ex-Liar in Chief, well … damn near anything is possible.