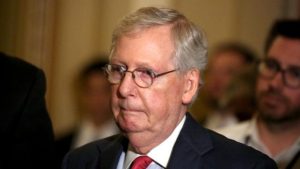 He has acknowledged, in effect, that he has no interest in governance. He said that “100 percent of my focus is to block” everything that President Biden wants to do.

There. You got that?

This is the same guy who in 2010 declared that his sole focus was to make Barack H. Obama “a one-term president.” Well, that mission went down in flames, as President Obama was re-elected two years later.

Now the Kentucky Republican has in effect doubled down on his earlier mission statement by saying that he is focused solely on blocking Joe Biden’s agenda.

What, I dare ponder, is Mitch McConnell’s agenda … if he has one.