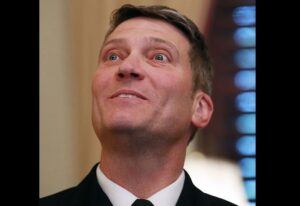 It occurs to me as I read my Twitter feed that the voters in the congressional district where I once lived are being exposed to a boiled-down version of Trumpism from their elected House of Representatives member.

Rep. Ronny Jackson is a Republican — duh!— who now lives in Amarillo. He didn’t live anywhere near the Texas Panhandle before deciding to run for the 13th Congressional District seat being vacated by fellow Republican Mac Thornberry. He moved to the region. He got elected in November.

Ever since taking office, Rep. Jackson has been doing something that Thornberry rarely did. He fires off Twitter taunts constantly.

He has suggested that President Biden is destroying the country. That Biden is leading us toward a “communist” state. That the border crisis is all on Biden. That Democrats are trying to take away people’s right to own firearms.

Do you get where I am going with this? Republican congressmen and women all across the land who adhere to Donald J. Trump’s view of how the world should be have taken to this social medium.

That’s Jackson. All the way, man.

He isn’t sending Twitter messages out about how to improve farm policy. Or about how to protect Lake Meredith National Recreation Area. Or how to preserve Alibates Flint Quarry National Monument — the only national monument in Texas! Hell, he isn’t even tweeting about whether Interstates 40 and 27 should be shored up in a national infrastructure bill.

Oh, no. This clown has hopped onto the Donald Trump clown car parade and is spewing the same brand of demagogic nonsense that flows from Trump’s pie hole.

I am going to presume that most of his constituents are OK with it. They just adore Donald Trump and might want him to run again for POTUS. Their congressman is parroting his hero, too.

You want to know what has happened to the Republican Party? Look no further than the 13th Congressional District of Texas.

It is so very disgusting.

One thought on “Trumpism boiled down”