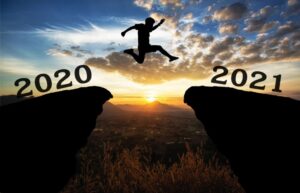 Millions of Americans welcomed 2021 with gusto, bidding 2020 a not-too-fond farewell and good riddance.

We wished for a better year.

But then the feces hit the fan just six days into the new year. This past Wednesday the world witnessed a frontal assault on our nation’s Capitol Building when angry Donald Trump mobsters stormed Capitol Hill to launch what has been called a coup against the government. It was at least an insurrection against the very government that Trump swore to defend and protect.

Instead, he exhorted the mob to march to Capitol Hill and do what they did, which is to seek the destruction of our national government.

The year 2020 was bad enough. The world is still fighting the pandemic. It has killed more than 370,000 Americans. Our national response has been pitiful. Our lives have changed and not for the better.

The year 2021 dawned with the hope of vaccines on the way. My wife and I are on waiting lists hoping to get a call that our turn has come up, that we’ll be protected against the virus.

We do have a new president and vice president set to take office in 11 days. Trump will be gone, never to be seen on the national political stage ever again. That gives me hope that the new year will be better than the old one.

If only we can avoid a repeat of the hideous rebellion we witnessed unfold inside halls of the building that houses our precious government.