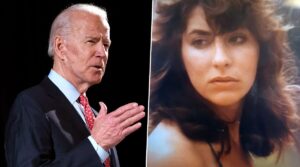 I admit readily that I don’t understand a lot of things in this crazy old world of ours.

One of those unknowable things — at least to me — is this: How do we establish the truth between someone who levels an allegation against a politician and the person who has been accused of behaving badly?

I present to you Joseph R. Biden and Tara Reade.

Reade has accused Biden of assaulting her sexually in 1993; she says Biden, then a U.S. senator from Delaware, pinned her against a wall in the Capitol Building, shoved his hand under her skirt and touched her where he shouldn’t have touched her.

Biden denies it. Categorically. Emphatically. Says it did not happen.

Who is telling the truth? I don’t know. Nor do I understand fully how we get to the truth.

Do the accuser and the accused submit to polygraph exams? That’s dicey for this reason: Polygraph examinations cannot be used as evidence in a court trial, which often renders the results potentially suspect.

Biden is now the presumptive Democratic nominee for president. His opponent this fall will be Donald J. Trump, who’s got a lengthy list of accusers who have alleged he has done many things to them. Indeed, Trump can be heard on an audio recording bragging about how he has grabbed women by their genitals; he has admitted to philandering; he has boasted of the boorishness he has exhibited with women. In this context, though, that is beside the point.

The crux of this blog post deals with how Biden can possibly put this matter aside beyond merely denying he did what Reade says he did.

I suppose this matter falls the category of “Whom Do You Believe?”

I am inclined to believe Biden. Reade reportedly filed a sexual harassment complaint against the Biden Senate office. Indeed, Biden has acknowledged behaving in a manner that some women have said crossed the line into sexual harassment. He has apologized for it and has vowed to keep his distance among women. Sexual harassment, though, is a huge distance away from sexual assault.

Reade waited only until now to allege a sexual assault? Victims of such acts often have good reasons for not wanting to file complaints in the moment.

I don’t know what to believe. Nor am I aware of anything Biden can do to push this accusation aside. A flat-out denial never is good enough. Indeed, even proper “vetting” of such an accusation will not dissuade the most hardened cynics/conspiracy theorists from believing there’s more to the accusation than meets the proverbial eye.

This is the kind of story that gives me an upset stomach. I need to gulp some Pepto.

2 thoughts on “Where is the truth to be found?”