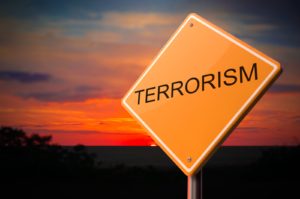 Hey, Mr. President . . . didn’t you lambaste your predecessor in the White House for declining to use the term “Islamic terrorist” while talking about the nation’s war against international terrorism?

You made a decent point back then, Mr. President. I actually backed you on that one.

Why, though, are you so reluctant to (a) recognize that white supremacist acts of terrorism are on the rise and (b) call it what it is, an act of terrorism?

You offered that tepid, timid and frankly cowardly response the other day to the reporter’s question about the slaughter in New Zealand and whether it represents an increase in white nationalism/supremacy around the world.

Mr. President, acts such as what was perpetrated at those two mosques in Christchurch weren’t simply a result of a “small group” of people with “serious problems.” They seem to symbolize a much broader epidemic that is spreading around the world.

Haven’t you read the papers, Mr. President? These incidents are increasing in Europe, in Australia, oh, and in the United States!

Yet you maintain your virtual silence on this crisis, Mr. President.

You wouldn’t tolerate Barack Obama’s reluctance to use the term “Islamic terrorist” in referencing the fight against the monsters who seek to do us harm. Why should we tolerate your own refusal to refer to white nationalists and white supremacists as terrorists when they seek to do the very same thing?

Count me as an American who wants to call you out for your reluctance to “tell it like it is.” These a**holes are committing acts of terror and you need to call them what they are: terrorists.