CNN anchor Don Lemon is not among my favorite TV journalists/talking heads.

He is the one who once asked — reportedly in all seriousness — whether the Malaysian Airlines jetliner that disappeared en route from Kuala Lumpur to Beijing had been swallowed up by a “black hole,” apparently not realizing that such an event would have consumed the entire solar system. 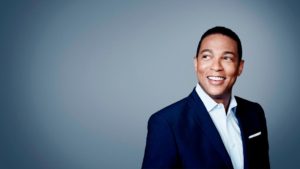 I got that out of the way.

Now we hear that Lemon says it is his “obligation” to refer to Donald J. Trump as a “racist.”

According to The Hill: “Critical thinking is important as a journalist. If you cannot surmise that this president — if he’s not racist, he’s certainly racist-adjacent,” Lemon told an audience as the keynote speaker at Variety’s Entertainment & Technology NYC Summit. “We have come to a consensus in our society that facts matter. I feel like it’s my obligation to say that.”

I beg to differ, young man.

It’s not your “obligation,” although it is your “prerogative” to say what you want about how you perceive the president’s point of view. His obligation as a journalist requires fairness and accuracy.

I am quick to agree that Donald Trump has provided plenty of evidence of racist tendencies. I keep turning to the lie he fomented about Barack Obama place of birth, as he kept alive the slanderous accusation that the first African-American president was born in Africa and was constitutionally ineligible to serve in the office to which he was elected twice.

And, yes, there was that hideous assertion that there were good people “on both sides” of the riot that erupted in Charlottesville, Va., between counterprotesters and Klansmen, neo-Nazis and white supremacists.

Lemon’s “obligation” only is to report what Trump has said; he should let his viewers make the determination as to whether the president is a racist.

The U.S. Constitution’s First Amendment, of course, doesn’t prevent him from hanging the “racist” label on Trump. Indeed, it allows Lemon to say it, but it damn sure doesn’t require it.