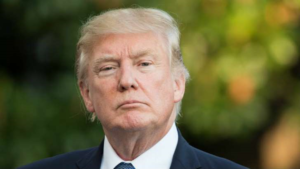 What in the name of human decency is Donald John Trump trying to accomplish with this latest Twitter tirade?

San Juan, P.R., Mayor Carmen Yulin Cruz is desperate. She is imploring the federal government to expedite aid to her stricken city, which was pummeled by Hurricane Maria. Yes, she’s been critical of the federal response.

So, what does the president do? He fires off tweets that accuse the mayor of wanting the feds to “do everything.” He praises the federal response, while criticizing the mayor’s leadership. He wrote, according to The Hill: “The Mayor of San Juan, who was very complimentary only a few days ago, has now been told by the Democrats that you must be nasty to Trump,” Trump tweeted. “Such poor leadership ability by the Mayor of San Juan, and others in Puerto Rico, who are not able to get their workers to help.”

Why cannot this individual, the president, simply do the job to which he was elected? He took an oath to protect Americans. He pledged to care for us and to be there during good times and bad. I get that it’s all an unwritten pledge, but that’s what presidents traditionally have done.

They have avoided being openly critical of fellow Americans during times of peril and strife. Puerto Rico and the Virgin Islands have been ravaged and savaged by Mother Nature’s immense power. The citizens — all of whom are just as American as the president — want their leader to concentrate fully on their well-being. The president is failing that test.

His attack on the embattled mayor is unbecoming — once again — of the high office this man occupies.