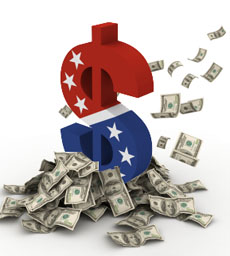 I must need to crack open a few economics books.

The U.S. Labor Department released its monthly jobs numbers this past Friday and they came in quite well.

The economy added 255,000 non-farm private-sector jobs; the unemployment rate remains at 4.9 percent. The jobs figures helped stimulate the stock market as investors — for a day at least — demonstrated confidence in the economy. The economy has added 14 million jobs since Barack Obama became president.

Is that bad news? Really?

But then we hear the politicians.

The economy stinks, they say. Republican presidential nominee Donald J. Trump is leading the gloom-doom amen chorus by telling us how “incompetent” the government has been during the past eight years.

Sen. Bernie Sanders, of course, kept up the mantra during his unsuccessful bid for the Democratic Party presidential nomination. Too much wealth belongs to too few Americans, he said. We have to spread it around, he said; we have to break up those big banks.

I keep hearing how “terrible” the economy is doing. What I hear, though, doesn’t quite match up with what I see.

I live in a section of Amarillo, Texas, that is undergoing a significant business and residential expansion. My wife and I drive north and south all the time along Coulter Street and are amazed at the transformation we’ve witnessed during the two decades we’ve lived here.

We joked just this weekend about how we had moved into our newly built house in late 1996 when it literally was one block from the edge of urban civilization. Everything west of us was pasture land. That’s it! Cattle grazed a block from our front door.

Today? We see nothing but rooftops for as to the horizon.

Businesses are springing up like the crab grass that envelops fescue lawns in this part of the world.

None of this, though, matches up with what I’m seeing in this city where we live.

What in the world am I missing?