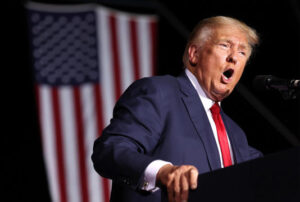 Donald J. Trump is clearly the gift that keeps on giving, with every revelation, every new development, every single lie he is caught uttering.

Now comes word that he sought to work out a deal with the National Archives to keep secret information related to his 2016 involvement with Russia during that year’s presidential campaign.

The deal never came through, but the revelation adds more fuel to the inferno that is beginning to consume the former president and his efforts to keep presidential records away from the public … which is the rightful owner of these documents.

Legal experts now say it’s no longer a matter of “if” Trump gets indicted by the Department of Justice, but now is a matter of “when” the attorney general will drop the hammer.

Legal experts: Russia link to Trump documents means it’s a matter of “when, not if” he is indicted (msn.com)

I cannot stop shaking my noggin over this stuff.

It reveals all the things many of us feared the moment Donald Trump took the oath of office to become POTUS, that he had no understanding of the importance of managing high-level communications. He treated all of them as they were his personal property. They aren’t.

Now we have this latest bit of drama.

Whoever serves these days as Donald J. Trump’s legal advisers surely must know that they have an imbecile for a client. Why do I say that?

Because … at that rally over the weekend, The Donald took it upon himself to admit to taking documents from the White House and squirreling them away in his glitzy Florida estate. He all but admitted to committing a crime!

Let’s see. I believe that’s what the FBI was seeking to determine when they searched Trump’s home and discovered all those documents. Isn’t that correct?

What’s more, the Donald keeps lying about what transpired when the FBI searched his joint. He suggests it was a “raid.” He implies they forced their way in. He keeps insisting no one knew they were coming. Wrong, wrong and wrong again.

Oh, and he accuses the FBI of “planting” evidence.

Any reputable lawyer in the country would advise their client to shut the hell up, to not talk out loud about a pending criminal case. Maybe The Donald’s legal eagles advised him as such. Maybe he ignored them. The Department of Justice is examining whether The Donald broke the law by taking documents from the White House, some of which were marked “top secret.”

Do I need to remind everyone that a conviction of a crime could bring some prison time to the former POTUS?

Whatever the case, the individuals who have taken on the task of defending the indefensible — the taking of classified documents from the White House — now must understand fully what millions of Americans know already.

The former president of the United States — in the words of former Secretary of State Rex Tillerson — is a fu**ing moron! 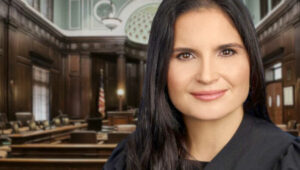 Do not look for me or listen for my voice among those who might be inclined to complain about a federal judge’s decision to grant Donald Trump’s request for a special master to investigate the FBI seizure of records from Trump’s posh Florida estate.

U.S. District Judge Aileen Cannon is a Trump appointee and today she ruled that a special master can be selected to examine claims of lawyer-client privilege as Trump seeks to block the probe into why he took classified documents from the White House to his glitzy estate in south Florida.

I am going to presume that Cannon is following the law as she sees fit. She ruled that the investigation by Congress and the Justice Department will continue and that she doesn’t see any overly long delay coming up as the courts look for a special master.

I do have one worry, which is that Cannon might bend to the idiocy being pitched that Trump is entitled to “executive privilege,” even though many other judges have ruled that as a former POTUS … he does not! Trump is declaring that he does enjoy that privilege, despite the fact that he left office in January 2021 and that, as one judge noted in an earlier ruling that “we only have one president at a time.” Trump ain’t it.

But, as The Hill reported: Prosecutors also said Trump could not claim executive privilege as a former president against the current executive branch, but Cannon said the DOJ’s position “arguably overstates the law.”

I am going to offer a word of hope that we can get this special master issue settled, get someone appointed, have that individual make rulings in a timely manner and that we can get to the bottom of the “probable cause” for criminality that resulted in the FBI search classified documents.

Attorney General Merrick Garland, to my way of thinking, has the goods to indict Trump on several counts. The question now becomes, will he get the chance to exercise his own constitutional authority?

The special master ploy mustn’t get in the AG’s way.

Even from out here in the Peanut Gallery, the picture of Donald Trump’s life beyond the presidency is looking very grim.

The Justice Department today ordered the release of the heavily redacted affidavit that prompted the FBI to enter Trump’s home in Florida. We cannot see a lot of what’s in there, but this much appears to have surfaced from the murky, muddy and slimy sequence of events:

The feds had ample reason to look for classified documents that Trump took with him when he vacated the White House in January 2021.

I am beginning to pick up the scent of indictments in Trump’s future. Obstruction of justice is coming to mind. So is violation of the Espionage Act. Same for violation of the Presidential Records Act.

The steamy, hot breath of the law is beginning to pant heavily down Trump’s neck.

The very last person anyone on this good Earth would want to be at this moment is Donald John Trump.