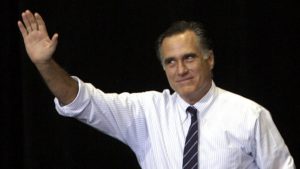 I’m always willing to admit to being a little slow on the uptake at times.

Here’s an example of something I’m having trouble connecting.

Mitt Romney is recruiting members from within the Republican Party to run as “third-party” candidates for president in 2016.

These two fellows have at least one thing in common: They both despise Donald J. Trump, the GOP’s presumptive presidential nominee.

For that matter, you can add Mitt to the list of Trump foes.

Let’s play this out for a second or two.

What happens if, say, Kasich or Sasse decide to take Mitt’s bait? They run for president as a “third party candidate.” What in the world do they call this “third party”? Would it be Republican 2.0? How about the Real Republican Party? Or, Your Grandpa’s GOP?

Trump’s brand of Republican Party politics bears virtually no resemblance to the kind of platform on which Mitt ran in 2012, or on which Kasich ran this year until he suspended his campaign just a few weeks ago.

I don’t know much about Sen. Sasse, other than he’s been a vocal Trump critic ever since Trump decided to run for the party’s presidential nomination.

I guess you have to go way back to 1912 to find such a serious schism within the Republican Party. That was when former President Theodore Roosevelt broke away from the GOP to form a progressive party, the Bull Moose Party. That split guaranteed the election that year of Democrat Woodrow Wilson.

I’m guessing no one needs to remind Mitt that history does have a way of repeating itself.

Donald Trump says the Republican National Committee had better treat him right at its presidential nominating convention, or else …

He’s going to run as a third-party candidate for president of the United States.

Wow! Where do I begin?

Trump has been hammering the daylights out of his GOP foes. They, too, have returned the fire. The name-calling, insults and cheap shots are piling up all around the knees of the principals.

Trump, who will not be the nominee, is going to insist on a prime-time TV slot to make his speech. His Republican foes don’t want that. They’re going to insist he gets pushed aside, forced to speak at some pre-prime time spot, or perhaps not at all.

But truth be told, RNC officials must be shivering in fear at the prospect of a Trump third-party candidacy.

Trust me on this: He’ll take far more votes from the Republican electorate than he would from the Democratic side — unlike the 1992 independent candidacy of Ross Perot, who gets blamed by Republicans for costing President George H.W. Bush re-election that year and for handing the election to the young Arkansas governor, William J. Clinton.

Polling data from that election, though, suggests something quite different. It is that Perot took votes equally from both Clinton and Bush and that without the third man in the fight, Clinton would have been elected anyway.

Does anyone believe Trump would have a similar impact on a 2016 general election if the nominees are, say, Republican Jeb Bush and Democrat Hillary Rodham Clinton?

If the RNC is smart, it’s going to give Trump the prime-time spot he desires, let him yammer his nonsense, then show him off the stage, escort him out the door and then let the nominee accept his party’s nomination.

However, the RNC will have to determine which course of action will do the party the least harm.

Heck, it might decide that giving this guy maximum exposure at its nominating convention isn’t worth the reaction he’s going to get.