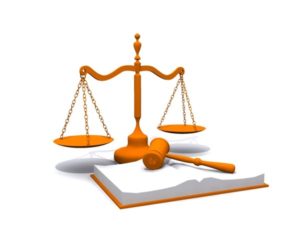 I want to share a brief item posted on Facebook by Robert Reich, a fiery critic of Donald J. Trump. Reich writes:

Another impeachable offense. Trump personally tried to block AT&T’s merger with Time Warner as retribution for CNN’s coverage of him, according to a new report. In meetings with his advisors, he demanded that the Department of Justice’s antitrust division to stop the merger. The move would have also been a huge victory for Rupert Murdoch, who owns Fox News and viewed the AT&T-Time Warner as a threat to his business.

If these reports turn out to be true, this would be a clear violation of the First Amendment’s protection of freedom of the press — conspiring to block a merger for the sole purpose of limiting press coverage. We must not become inured to this unconstitutional behavior.

What do we make of that? Reich, a former labor secretary during the Clinton administration, believes the president of the United States has interceded in direct violation of the First Amendment to the U.S. Constitution.

We’ve been hearing a lot in recent days and weeks about “conspiracy to obstruct justice,” about “alleged collusion with Russian operatives” who attacked our electoral system.

We now might start hearing more chatter about “abuse of presidential power.”

The U.S. House Judiciary Committee has launched an expansive investigation into an array of questions regarding Donald Trump’s conduct as president of the United States.

The committee’s agenda is overflowing.

High Plains Blogger has sought to refrain from posting pictures such as this one, but in this instance, I cannot resist.

The woman on the right is Melania Knauss, who would become known to the world as Melania Trump. It was published by the New York Post, a paper owned by Rupert Murdoch, one of Ms. Knauss’s future husband’s better friends and political allies. See the Post article here.

I am trying to fathom the reaction if we were to see pictures of, say, Michelle Obama, Laura Bush, Hillary Clinton, the late Barbara Bush or the late Nancy Reagan in this kind of context.

We live in a new era, dear reader.

The Fox News Channel has been all over the tumult involving CNN and NBC’s involvement in projects involving former Secretary of State (and possible 2016 presidential candidate) Hillary Rodham Clinton.

CNN is planning to air a film about Clinton; NBC is hoping to air a four-part miniseries. Republican National Committee Chairman Reince Priebus is threatening to shut the two networks out of GOP presidential debates when the 2016 campaign kicks into gear.

But wait. The New York Times reports that Fox Television Stations is involved in the production and distribution of the CNN project.

Priebus clammed up about the NY Times report, preferring to focus instead on the creative minds behind the works. Priebus, of course, loves FNC — as do political conservatives all over the country, given the network’s right-leaning slant.

Oh, I forgot, Fox is “fair and balanced.”

Whatever. I’m going to lay down a bet that Fox commentators might have to tone down their outrage.