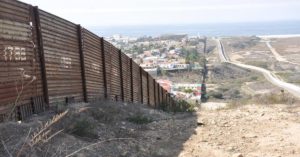 Donald Trump’s first veto of his presidency is likely to withstand congressional efforts to overturn it.

It’s good to ask, though: What happens next?

The president vetoed House and Senate bills that sought to toss aside his national emergency declaration that he sought to build The Wall along our southern border. Congress based its action on a couple of key issues: there is no national emergency, the president’s action sets the stage for future presidents to do the same thing and it usurps congressional authority to appropriate money for specific projects.

Trump wants to divert funds allocated for various programs to build The Wall.

Twelve Senate Republicans voted with Democrats to wipe out the declaration. Democrats control the House, so that vote was a done deal from the get-go. Neither vote was veto-proof, however.

Trump is messing with fire with this veto. Sure, the Constitution grants him the authority to do what he did. However, it’s not yet clear whether his action will withstand a legal challenge if it comes from congressional Democrats.

Never mind that Attorney General William Barr said when Trump signed the veto document that he was within his right legally; we all expected the AG to stand with the president.

The animosity between the legislative and executive branches of government is as vivid as ever. Trump’s veto is likely to stand. However, the fight over The Wall is far from over. 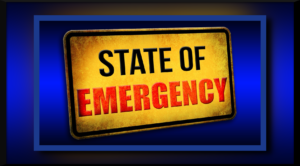 The Democrats who control the U.S. House of Representatives stuck together today. They got a few of their Republican friends to join them in blocking Donald J. Trump’s emergency declaration.

The vote was 245-182, which is almost a full House tabulation. The issue is that important.

Trump has declared there to be an emergency on our southern border. He did so even while acknowledging that “I didn’t need to” make the declaration. He did so to make a political point.

The president’s ostensible point is to stem the tide of drug dealers, killers, rapists, human traffickers and terrorists he says are pouring into the country. Military officials say no such emergency exists. Indeed, the president’s declaration is as phony as a degree from Trump University.

Now it’s the Senate’s turn. Republicans still run the upper chamber. However, some GOP senators are peeling away from the president, who now stands likely to lose this emergency declaration travesty.

Trump is likely to veto whatever Congress sends to him. The margins of defeat in the House and Senate are not “veto proof,” meaning that Congress likely will be unable to override a presidential veto.

But what does this mean to the president’s declaration?

It means to me that he doesn’t have the support of a majority of a co-equal branch of the federal government. Will he proceed anyway with this idiotic emergency declaration? Oh, more than likely he will because he doesn’t understand the political implications of what he intends to do — which is build The Trump Wall along our border with Mexico.

This is getting weirder by the hour. 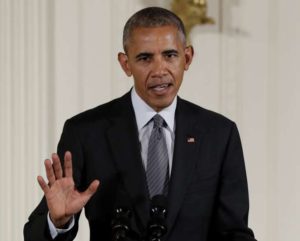 It’s rare, indeed, these days to see liberal Democrats and conservative Republicans agree on much of anything.

However, we have bipartisan agreement on a veto by President Obama on a bill that would have allowed victims of the 9/11 attacks to sue Saudi Arabia.

The president said “no” to the bill. Congress is vowing to override the veto.

I believe members of Congress are right about this one.

According to the Associated Press: “This is a disappointing decision that will be swiftly and soundly overturned in Congress,” said Sen. Chuck Schumer, D-N.Y., who sponsored the bill. “If the Saudis did nothing wrong, they should not fear this legislation. If they were culpable in 9/11, they should be held accountable.”

There’s your comment from a liberal Democrat. Then there’s this, from a leading Republican, again from the AP: Sen. John Cornyn, R-Texas, another of the bill’s sponsor, criticized Obama for failing to listen to the families of the victims and said he looked forward to the opportunity for Congress to override the veto.

Proponents of the bill say it is tailored narrowly and that it allows plaintiffs to sue only on matters relating to acts of terror. The president said it might cause other governments to take action against U.S. personnel stationed abroad and warned of consequences if the Saudis are actually sued.

The Saudis have said they had nothing to do with the terrorists — many of whom were Saudi citizens — who flew those jetliners into the World Trade Center and the Pentagon.

Fine … let them deny it.

As Schumer has said, if they are not complicit, then they shouldn’t worry.

The 9/11 attacks will cause pain and misery for as long as Americans are alive who remember that day. Many thousands of them suffered incalculable loss at the hands of deranged terrorist monsters.

If another government — a supposed ally of the United States — at the very least looked the other way, then it should have to pay for the unspeakable grief it allowed to occur.

Congressional conservatives have rocks in their heads. They’ve gone ’round the bend. They need some smelling salts.

They’re angry with House Speaker John Boehner who they believe is stalling their effort to get a bill that repeals the Affordable Care Act to the desk of the president of the United States — who hails the ACA as his signature domestic legislative achievement.

Gosh, what do you suppose President Obama is going to do when he receives a bill repealing the ACA?

Put it on ice? Hardly.

The ACA happens to be working. It’s gaining popularity among millions of rank-and-file Americans — particularly those who now can afford health insurance whereas before they couldn’t.

Their effort is doomed to fail. As Politico reports: “House Republicans have already voted more than 50 times to try to defund, alter or overturn the health care law that conservatives despise. The latest effort, if it happens, would no doubt fail, too — and there are some indications that GOP leaders are ready to move on. But getting a bill to President Barack Obama’s desk and forcing him to veto it would send a powerful symbolic message to the Republican base that House conservatives haven’t given up on scuttling the law.”

That’s the point, I guess: make the base happy.

They want the law repealed, no matter what. The rest of the country? Well, the tide appears to be pulling in the opposite direction.