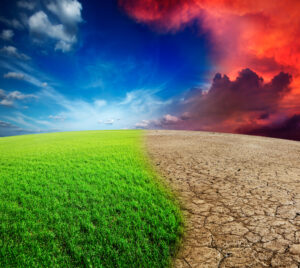 Just in time, a newer version of legislation that got stalled a couple of years ago in the U.S. Senate, has returned to the center stage of environmental policy discussion.

The Green New Deal — the bogeyman of the Republican Party — has been reintroduced by U.S. Sen. Ed Markey of Massachusetts and U.S. Rep. Alexandria Ocasio-Cortez of New York; indeed, AOC herself has become a favorite target of GOP critics.

Why is this so timely? Because we have Earth Day coming up Thursday. It’s the one day of the year — as if we should dedicate just a single day — we call attention to the fragility of the only planet we can inhabit.

I’ll save a discussion on the nuts and bolts of the Green New Deal for another day. I do want to make a point about the importance of what the GND intends to accomplish. It seeks to preserve our environment, to retain Earth as a place where human beings can inhabit.

President Biden has made climate change one of the linchpins of his tenure in office. He appointed former U.S. Sen. and Secretary of State John Kerry as a special international envoy on climate change. The president signed an executive order upon taking office to return the United States to the Paris Climate Accord, from which Donald Trump had walked away when he took office.

Climate change presents an existential threat to our national security. Never mind the spring chill that has swept across the nation in recent days. The evidence continues to show that Earth’s median temperatures continue to increase year over year. Ice caps are melting. Sea levels are rising. Third World nations continue to fell millions of acres of forest each year. The industrialized nations of the world continue to pour millions of tons of carbon-related pollutants into the air.

We must find some answers to these crises. Many of us say it when Earth Day rolls around every year: We only have one planet … and we have to protect it.

Is the Green New Deal too much? Too little? I don’t know. However, I believe we must not continue to do what we have been doing. We are contributing to the destruction of our Good Earth. 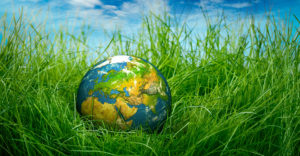 When in the name of environmental sanity are the candidates for president of the United States going to devote their attention to what I believe is the world’s greatest existential threat?

Accordingly, Donald Trump — one of those presidential candidates — has declared that he has made the greatest mistake of his presidency. He said via Twitter that he has begun the nation’s formal withdrawal from the Paris Climate Accord. The United States was among more than 200 nations to sign the agreement to aggressively battle the effects of climate change and global warming.

So help me, this is the action of an incompetent fool. An imbecile. The president of the United States has turned this nation into effectively an “outlaw state” in the fight to stem the devastating impact of a changing global climate.

What in the world are any of the men and women who are seeking to defeat this goofball going to do about it?

I want to hear from all of them that they intend to sign an executive order the moment they sit down behind the big desk in the Oval Office that restores this nation’s commitment to fighting climate change.

If we are able to get past this impeachment madness and if we ever could get Donald Trump focused on issues that actually matter and yanked away from the nonsense that pours routinely out of his mouth, then there might be a serious discussion and search for answers for what I believe is the issue that threatens every human being on Earth. 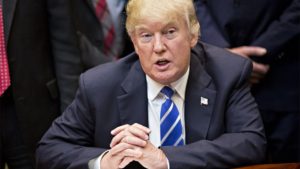 The president of the United States is getting ready to deliver a speech to the United Nations General Assembly. It’s a big test for Donald J. Trump. Is he up to the task?

Trump is a novice at this worldwide geopolitical stuff. He campaigned for the office he now holds by pledging to “put America first.” That means, according to some observers, that he intends to pull the United States out of its traditional role as the world’s most indispensable nation. We won’t be the “world’s policeman” any longer, according to Trump’s campaign stump rhetoric.

But … now he’s the man in charge. He’s the president of the world’s remaining military superpower.

Trump went to Europe not long ago and scolded our NATO partners about their lack of paying their fair share for its self-defense. It didn’t go well with our military alliance partners.

He already has decided to back out of the Paris Climate Accord, joining just two countries in refusing to join a worldwide agreement to reduce carbon emissions that a vast majority of scientists believe is contributing to the changing worldwide climate. Oh, wait! The president calls all that climate change stuff a “hoax.” Who needs the rest of the world?

Perhaps the biggest issue for Trump to confront will be the Iran nuclear deal brokered by the Obama administration. It seeks to prevent Iran from developing nuclear weapons. International watchdog groups say Iran is compiling with the agreement. Trump — no surprise here — is suggesting the Iranians aren’t doing what they’re supposed to do.

The president has until Oct. 15 to make a final determination on Iran’s compliance. What … will … he … decide?

I am going to await the tone of Trump’s remarks. He continues to look and sound like someone who has yet to find his comfort zone on the world stage. Sure, he talks about his prowess as a dealmaker and touts his business acumen. He’ll be standing in front of representatives of a couple hundred sovereign states, each with their own set of values, and political agendas.

Putting America first might play well in front of select domestic audiences. On the world stage? I’m waiting to see if he tries to sell that one to an international crowd. 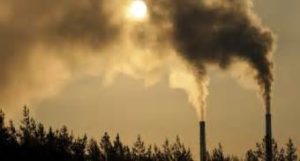 This is what I mean when I mention the chaos that emanates from Donald J. Trump’s White House.

He said he would pull out of the Paris Climate Accord, citing the worldwide agreement to cut carbon emissions as endangering U.S. jobs. Then comes word that the president is having second thoughts.

Major media outlets — such as the Wall Street Journal — report that Trump is having second thoughts about his decision to pull out of the agreement. The White House says “no!” that’s not the case at all. The president intends to pull out; he’s going to keep one of his major campaign promises, White House flacks insist.

Then there’s confusion over whether he wants to renegotiate the accords to make them more acceptable to whatever concerns he has over them. Is he willing to renegotiate or not? A European Union officials said the United States won’t renegotiate the deal, but will review the terms to decide if there’s some wiggle room to allow continued U.S. participation.

Sheesh! I keep wishing for a No Drama Obama type of White House operation. Former President Barack Obama used to operate under a premise that the less drama, confusion and, yes, chaos, the better for the White House.

Donald Trump’s modus operandi is to pursue precisely the opposite result. The more chaos and confusion, the better.

Can we get our stories straight? Ever?

Donald Trump has been home for a couple of days, so it’s good to look back just a bit at his second overseas trip as president of the United States.

Did the president strengthen the U.S. standing in the world? Do our allies and our foes see us as stronger now that Trump is president?

I cannot possibly believe that is the case. Indeed, much of the chatter since the G20 summit in Hamburg, Germany has centered on Trump’s isolation from the rest of the world.

He has pulled the United States out of the Paris climate change accord, and has been condemned roundly by virtually every other nation in the world that remains committed to the accord. And get a load of this: The other two nations that didn’t sign on in the first place — Nicaragua and Syria — refused because the accord didn’t go far enough. Trump’s reason? He wants to protect U.S. jobs he said are being harmed by onerous regulations.

Then we have that meeting with Russian President Vladimir Putin. Trump reportedly “pressed” Putin on reports of Russian meddling in our 2016 presidential election. Putin denied it. Then we heard that Trump and Putin had agreed on a joint effort to crack down on cyber-hacking — which is akin to asking Latin American drug lords to craft a plan to stop drug trafficking into the United States.

Trump’s emphasis on “putting America first” isn’t playing well in a world with nations that are increasingly connected. His pre-summit statements about Germany, China, Mexico, Canada and Australia haven’t been forgotten by those countries’ heads of state and government.

Have we restored American greatness on the world stage?

No. Indeed, I believe the president has reduced our once-starring role as the world’s most indispensable nation to second-tier status.