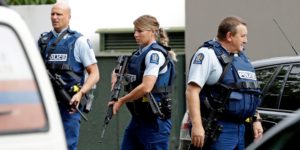 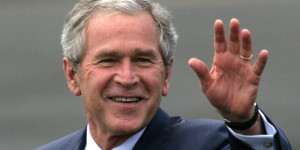 He and the other half, David Brooks, were spot on in their analysis of the political talk arising from the Paris terrorist attacks one week ago.

“He went to a mosque,” Shields noted, and said “we are not at war with Islam.”

Shields and Brooks — the more conservative member of the “PBS NewsHour” duo — then both described the white-hot rhetoric we’re hearing today from politicians of both parties as being un-American and unpatriotic.

President Barack Obama has sought to make the same case that his immediate predecessor made. Yet the Republicans who 14 years ago saluted President Bush’s stance contend that the current incumbent, a Democrat, is “soft,” that he isn’t serious about this war against radical Islamic terrorists.

George W. Bush was the first leading politician to declare that the current war against terror must not be seen as a war against a religion. Barack H. Obama is the latest one to say the same thing.

Yet we hear other leading politicians talking about shadowing people of a certain religious faith. One of them, Republican candidate Donald Trump, hasn’t yet told us whether he would intend to track U.S. citizens who also happen to be Muslim, which if that is the case is categorically in defiance of the U.S. Constitution’s guarantee of religious liberty.

This is what this current discussion has revealed.

George W. Bush had it exactly right. His political descendants have it exactly wrong.