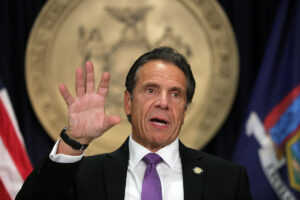 I could just leave it at that, but I’ll offer a few words about New York Gov. Andrew Cuomo’s resignation that takes effect in two weeks.

He has been accused — credibly in the eyes of almost everyone — of sexually harassing 11 women. Cuomo today denied doing what New York Attorney General Letitia James — a fellow Democrat — concluded he did. He accused her of bias.

Ah, but he did apologize. If you want to call it that.

The reason he quit today was because of the “distraction” all of this would create. Cuomo said governing would come to a halt. He would not allow that to happen.

His resignation had to occur. Why? Because he had no support in the New York State Assembly. Democratic pols throughout the land — including President Biden — said he should quit. Cuomo had squandered the ability to govern because of some “lifelong” habit of touching people and calling them “honey,” “sweetheart” and “darling.”

What he did not say during his resignation speech was something that President Nixon didn’t say in 1974 when he announced his resignation. He didn’t have the support of those within his own party. Nixon got an earful from GOP Sens. Barry Goldwater, Hugh Scott and Bob Dole that were he to be impeached by the House for the Watergate scandal that he would be convicted in a Senate trial.

Cuomo faced impeachment in the New York Assembly. He would have been convicted.

He is two weeks away now from exiting the stage.

Fine. Now the state that Andrew Cuomo says he loves can get on with governing. 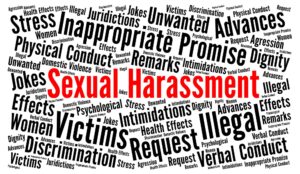 You may take this straight to the bank.

New York Gov. Andrew Cuomo’s tenure is about to be swallowed whole and digested by the allegations that have been confirmed by an independent investigation led by the New York attorney general.

That is why — among other reasons — Cuomo needs to resign as governor.

How can this individual propose any legislation without the storm cloud brought by AG Letitia James’s findings on the allegations leveled by dozens of women? How does this guy enter a public debate without someone asking him out loud about allegations that he touched women inappropriately?

The New York governorship of Andrew Cuomo has been turned to burnt toast. Period. End of story.

And it’s the end of his governorship.

Andrew Cuomo can deny it all he wants. It won’t matter. The suspicion that the New York governor is a slug just won’t go away. 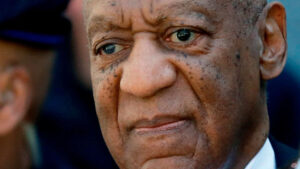 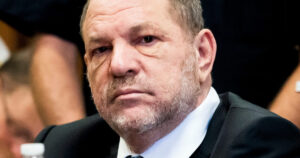 The one-time film mogul/talent finder today received a 23-year prison sentence after being convicted on two counts of sexual abuse.

That means, if Weinstein were to serve his entire sentence, he would 90 years of age when he’s released. Thus, what we have here is a virtual life sentence for the headliner criminal whose ghastly behavior helped give credence to the #MeToo movement.

That’s fine with me. Weinstein need not take another breath for as long as he lives as a free man.

The movement that his actions spawned is declaring victory today in the wake of the sentence handed down. The judge who presided over his trial noted correctly that although he was convicted for his “first crime,” this was not his “first offense.”

That made the sentence all the more justifiable, given that the prosecution asked for a 29-year sentence. It got virtually all it sought.

The #MeToo movement can now feel energized to keep up the pressure on powerful men everywhere who still think it’s OK to abuse those who answer to them. 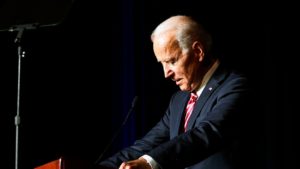 Joe Biden looks and sounds like someone who is going to run for president of the United States in 2020.

Before he does, though, the former vice president needs to perform one simple but significant task. He needs to apologize to all those who might have felt uncomfortable as they received touchy-feely greetings from the longtime public official.

You know the story. Some women have disclosed that the former VP got a little too close for comfort to them. He grabbed them by the shoulders, got in their faces, kissed some of them on the top of their heads.

Did he commit an act of sexual deviancy? Did he assault them, as others in public life have done or have been accused of doing (such as the current president of the United States)? No. He hasn’t.

And in my view these acts that Biden allegedly did are not disqualifiers if he wants to run for the presidency.

However, the video he released in which he said “I get” that social norms have changed since he entered the national scene in 1972 as a young U.S. senator, doesn’t go quite far enough.

Biden should say he is sorry for what he did. By saying he is sorry, I don’t mean he should offer one of those lame “I am sorry if I offended” someone, or “I am sorry to those who are offended.”

He needs to say, “I am sorry for my actions. I regret them terribly. I have learned my lesson. I pledge to be a better man.”

If he does that, then he should launch his campaign . . . and go full throttle in a quest to win the Democratic Party presidential nomination. He is not my ideal candidate to defeat Donald Trump, but he would take a huge step toward that goal by saying he is sorry for the way he has behaved.

He reportedly has told his staff he isn’t going to quit, despite the existence of some ghastly, racist photos that appeared on his medical school yearbook page.

The Democratic governor cannot possibly govern his state, given the hideous publicity that has engulfed him.

Oh, but it gets a whole lot worse for residents of one of our 50 states.

A second woman has now accused the lieutenant governor, Justin Fairfax, of sexual assault. Fairfax already has denied the accusation leveled by the first woman who has made a similar allegation. Now comes a second one.

Do you want some more? Try this: The Virginia attorney general, Mark Herring, has admitted to wearing black face in the 1980s.

There you have it. The top three men in the state’s government hierarchy — all Democrats — now have been linked to (a) racist behavior and (b) sexual misconduct of the first order.

Hey, this matters to all Americans, not just Virginians. The racial element lifts the Northam and Herring controversies directly onto the nation stage. As for Fairfax, the #MeToo movement gives that story added national impetus.

I will stand by my original view that Northam needs to quit. He cannot possibly govern the state. The yearbook photo of the guy in the black face standing next to another individual dressed in a Ku Klux Klan getup is on the page with Ralph Northam’s name on it. He expects the public to believe he didn’t know about it? That he didn’t learn of the picture only until this past week, 35 years after the publication of the yearbook?

Is this guy serious?

Virginia, you have a serious problem.