For as long as I can remember I have shied away from lambasting those who adhere to a political party’s ideology or follow its guidance over the cliff … just because party leaders tell ‘em to do it.

I can’t remain silent now as the Georgia runoff for the U.S. Senate approaches. My question is this: What in the world is wrong with Georgia Republicans who continue to stand behind the moron masquerading as a candidate for the Senate seat held by Democrat Raphael Warnock?

Herschel Walker is without question the most unfit, unqualified individual to run for the Senate in the past century. Hell, maybe ever!

And yet … we see political polls showing the race still in the neck-and-neck category.

My goodness! The list of disqualifiers for Walker is approaching the list that accompanies Donald J. Trump.

He preaches a strong anti-abortion stance, but has been accused by at least two women of forcing them to abort babies conceived by Walker himself. He stands as a “family guy,” but has nothing to do with many of the children he brought into this world. Walker claimed a tax exemption in Texas that goes to “primary residents” of this state … but he’s running for political office in Georgia. Walker recently spent several minutes on the stump mumbling nonsense about whether it’s better to be a vampire or a werewolf. Finally, Walker cannot speak with any semblance of intelligence about any serious policy matter.

Yet he continues to run close to Sen. Warnock.

This phenomenon makes me wonder out loud what I have kept to myself for virtually my entire adult life: Are grassroots Republican voters really that stupid? Georgia’s Republican secretary of state, Brad Raffensberger, has been in the news around the nation for the past two years.

His notoriety isn’t about to expire, given what has been revealed –allegedly — about the GOP candidate for the U.S. Senate in Georgia.

Herschel Walker keeps a “primary residence” in Tarrant County, Texas. Walker is running for the Senate from Georgia. What’s wrong with this picture? Well, it might be that Walker doesn’t live in the state he wants to represent in the Senate.

Oh … my. What does that mean for Raffensberger, the chief election official in Georgia? It means he might be forced, just a week before runoff Election Day, to disqualify Walker. Does he act now, sending a message to Georgians who are set to vote either for Walker or the Democratic incumbent Sen. Raphael Warnock?

Raffensberger, newly re-elected as secretary of state, is no stranger to controversy. Donald Trump pressured Raffensberger to “find” 11,780 votes for Trump to swing the state that had voted for Joe Biden in the 2020 president election. Raffensberger declined, saying he could do no such thing under the law.

A part of me cannot escape the poetic justice that would be delivered if it is determined that Herschel Walker — a one-time University of Georgia football star — no longer calls Georgia home. That he actually is hanging his hat these days in Texas.

Why should anyone care? Because Democrats have a chance to win a 51st Senate seat, given them an actual majority in the upper legislative chamber.

It also goes to demonstrate in graphic terms the miserable quality of Herschel Walker as a candidate for the U.S. Senate.

But he’s showing a whole lot of it.

Consider that Walker is receiving a tax break for a “primary residence” in — hold on! — Texas, where he apparently still lives.

So, you may wonder: How does this former football star pull this off? He might not. The Texas Tribune reports that he might violating Texas tax law with this dubious homestead exemption based on his “primary residence.”

The dictionary, by the way, describes “chutzpah” as a Hebrew word meaning “utter gall.”

Here’s a thought that’s been kicking around the past day or so: Herschel Walker — who is in a runoff against Democratic U.S. Sen. Raphael Warnock — might be declared ineligible to run for public office in Georgia if he’s going to declare his residence to be in Texas.

I have referred to Walker as the nation’s premier dumbass. If what is being alleged is true, he is giving dumbasses everywhere a bad name.

Every time I venture out on that proverbial limb labeled “political predictions,” it seems to snap under my weight … and I get highly embarrassed.

With that predicate laid out there, I am going to take another stab at political prognostication.

It is my fervent hope that Sen. Raphael Warnock, the Georgia Democrat facing a runoff next month, can return to work on Capitol Hill in January. To do so he will need to defeat Republican challenger Herschel Walker.

Why is that important for folks such as me, who doesn’t have a vote in Georgia but who has a keen interest in good government?

For starters, a Walker victory — and it hurts my fingers to type those words — doesn’t rob Democrats of control of the Senate. They still will be the “majority” party, even though the Senate would be tied at 50-50, just as it is at this moment. It is a tenuous majority to say the very least, as Democrats need Vice President Kamala Harris — who presides over the Senate — to cast tie-breaking votes.

She has done so before. Those ties make me nervous.

Were the runoff go to Sen. Warnock, then Democrats would have an actual majority at 51-49. OK, that ain’t exactly a landslide, either. But at least Democrats, if they were to hold together against the MAGA crowd that dominates the GOP caucus in Congress, wouldn’t need to call on the VP to break a tie.

There’s another reason for me imploring Georgia voters to do the right thing and re-elect Sen. Warnock. Have you listened to Herschel Walker speak? Have you heard Walker try to string sentences together to make a policy point?

There’s no nice way to say this, but Walker is an ignoramus. He has no business speaking for the people of Georgia, let alone casting votes on legislation affecting the rest of the nation that resides far from that lovely state.

Walker is the GOP nominee because he earned the endorsement of Donald Trump, who has said only this about Walker: “He was a heck of a football player and he’ll be a heck of a senator.” There you go. He played football in college and in the pros. He won lots of awards as a running back. That makes him fit for high public office? No. It doesn’t!

I want Sen. Warnock to win. I will use this blog whenever possible to extol this good man’s credentials as a reasonable, thoughtful and intelligent man of deep faith and conviction. I also intend to remind anyone who is able to read these posts that his political opponent is unfit for the office of U.S. senator. 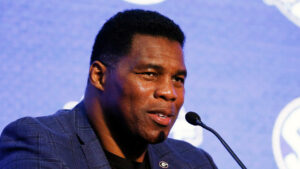 Americans of all stripes are witnessing in real time how our political values no longer hang on politicians’ stated views of key issues and their actions juxtaposed to their stated policies.

Consider what is occurring in Georgia, where the Republican candidate for the U.S. Senate — Herschel Walker — has been revealed to be a stunning hypocrite on an issue that demands absolute sincerity.

In any other era, revelations that a staunch opponent of abortion would allegedly have demanded a girlfriend abort a pregnancy would spell the end of a candidacy. Herschel Walker would have resigned his candidacy and left the campaign for someone else to salvage.

These days? Georgia GOP voters are shrugging it off. Party leaders are backing Walker, doubling down on their support for this ignoramus who actually has said that “there is no shame” in demanding an abortion “if I had done it.”

Oh, there’s more. It has been revealed that Walker has four children with four women and has been estranged from at least one of his sons since the young man’s birth.

Remember, too, that Walker is campaigning as an evangelical Christian who opposes — he says — abortion in all cases; he makes no exception for pregnancies resulting from rape or incest or the health of the mother.

Despite all of that, Walker remains a potential spoiler in the race against Democratic U.S. Sen. Raphael Warnock, the incumbent who is seeking election to a full term.

Walker could still win this race! Why? Because it’s all about power! Republicans want to get control of the Senate. They are driven solely by the prospect of Herschel Walker — an individual with zero knowledge of any public policy — defeating a competent senator who, by the way, also serves as senior pastor of Ebeneezer Baptist Church in Atlanta … the same house of worship where the great Martin Luther King Jr. preached to the faithful.

Yes, we are witnessing a degradation of policy and the ascent of power as this hideous issue plays out.

It is a sickening turn of events. 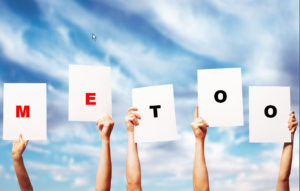 Can it be that the #MeToo movement has gotten a new champion, someone around whom women everywhere can rally?

That woman, who has yet to be identified, has told The Daily Beast that Republican U.S. Senate candidate Herschel Walker paid for her abortion, a charge that Walker denies; he says he doesn’t know anyone for whom he paid such a procedure.

Except that now she says she is the mother of one of Walker’s children.

The Daily Beast stands behind the reporting of this story. Walker’s Democratic opponent in Georgia, Sen. Raphael Warnock, reportedly is getting a significant polling bump as a result of the allegation leveled against Walker.

Feminist groups are rallying behind this woman, just as they did when other women accused Donald Trump of sexual assault or other public figures of similar attacks on them.

So, yes, the #MeToo movement appears to be getting new life.