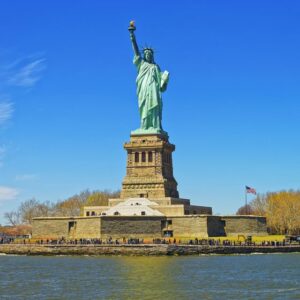 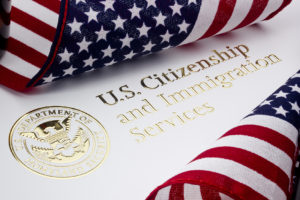 I am feeling the urge to stand once again in support of an ideal that occasionally gets lost in the hot-topic debating point of the moment.

We’re talking a lot these days about illegal immigrants. The discussion once in a while gravitates toward a discussion of all immigrants. Yes, even the foreigners who venture to our country legally get caught up in this discussion.

I am the grandson of immigrants. All four of them became great Americans. They came here of their choosing. They sought a better life than what they had in Greece and Turkey. They married — in this country — and brought 10 children into this world among them. Five of those children served in the U.S. military and of those five, three saw combat in World War II and Korea; my father was one of the WWII combat vets produced by the immigrants from Greece.

My story is not unique. It is one of tens of millions of stories that the immigrants and their direct descendants can and have told over the years.

That is precisely why I am mentioning it here.

It is that this nation of immigrants must not ever lose sight of its creation and the strength it has acquired from the work of those who came here and who built the nation we all love.

Yes, I know that many of those who came here from afar did not venture to our shores of their own volition. They were rounded up by slave traders and shipped across the ocean to become “property” of slaveowners. They obtained their freedom eventually while the United States was fighting a bloody and gruesome civil war over their enslavement.

Those Americans have become an important part of the national fabric. They achieved greatness.

This ongoing debate over whether to erect The Wall along our southern border is intended ostensibly to curb illegal immigration. In actuality whatever is occurring on our border is a longstanding event.

But as we keep yapping and yammering at each other over whether The Wall is worth the expense, we must take care to avoid that slippery-slope debating point that swallows up those who have ventured here lawfully.

I have heard it said over many years that we need to slam the door shut, that we have enough immigrants here already. Indeed, the president of the United States has talked openly about establishing a merit-based system that screens those seeking entry, allowing only those who possess the requisite skills to succeed in this Land of Opportunity.

That is as un-American a proposal as I can imagine, given the contributions that those four immigrants from southern Europe I mentioned earlier brought to this country. They weren’t well-educated. They didn’t come with special training or skill.

Instead, they all came to our land intent on falling in love with this great nation. They did. The nation was enriched by their presence.

Let us not forget that they are far from the only immigrants who can — and who have built — the greatest nation on Earth. 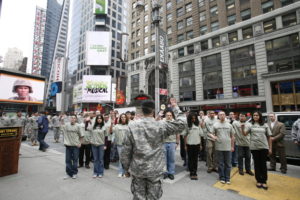 Donald Trump must really mean it when he implies that America should become an immigrant-unfriendly place.

The New York Times has published a story that tells of how the U.S. Army is ordering an increasing number of legal immigrants out of the military service. Why? According to one of them — an immigrant from China, with a business degree, a wife and a small child — they are deemed “unsuitable.”

As the Times noted in its story, the Army is booting out an increasing number of immigrants even though it cannot meet its recruitment goals for 2018.

The program, adopted during the Bush 43 administration, is designed to allow legal immigrants a fast track to citizenship. The Trump administration seems to see little value in the program.

What a disgraceful display of un-American treatment of men and women who come here to this country on their volition and want to serve in our military.

The irony is so rich you can taste it, given that the commander in chief sought to avoid military service during the Vietnam War by obtaining a series of student and medical deferments.

Take a look at the NY Times story here.

I am reminded of a time when this country granted automatic citizenship to immigrants who enlisted in the armed forces. How do I know that? My own grandfather, George Filipu, became an instantaneous American by enlisting in the Army in 1918. He wanted to fight in World War I. But then the war ended in November of that year. He didn’t get into the fight — but he retained his U.S. citizenship.

That’s what service and commitment to our country is all about.

The young man who might now be deported to China — after swearing an oath to “protect and defend the U.S. Constitution — now might be punished in his home country simply by enlisting in a foreign military organization.

That’s how you “put America first”? I don’t think so.