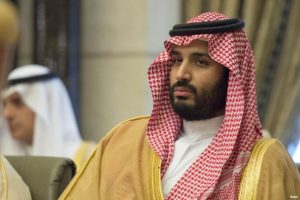 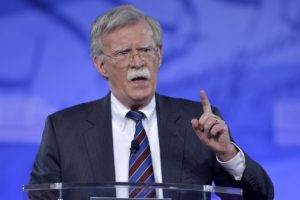 I am going to concur with Paul Begala, a former Bill Clinton political confidant and pal, who says national security adviser John Bolton has shown himself to be a coward.

Yes, Begala is a partisan. For that matter, I suppose you can argue that I am, too. Sure, I lean in the same direction as Begala, but I’ve never worked for politicians.

Begala is angry that Bolton has chosen to avoid listening to the recording of slain U.S.-based journalist Jamal Khashoggi being slaughtered by his Saudi Arabian captors, who killed him in the Saudi consulate in Istanbul, Turkey.

Reporters asked Bolton why he hadn’t listen to it. He said: “Unless you speak Arabic, what are you going to get from it?”

Begala responded in an essay: A lot. You will, presumably, hear struggle. You will hear beating, according to a Turkish newspaper, citing Turkish security sources. You will hear torture. You will hear an innocent man’s final, desperate words: “Release my arm! What do you think you are doing?” You will hear one of the alleged conspirators, who allegedly put on Khashoggi’s clothes to act as a body double, comment that “it is spooky to wear the clothes of a man whom we killed 20 minutes ago.”

Bolton didn’t want to hear that. Nor did he want to ask an interpreter to translate it for him. He said he could “read a transcript” if he could find an Arabic speaker to listen to it.

He is the national security adviser, for crying out loud! He needs to hear the screams of a journalist based in Washington, D.C., a Saudi national and a champion of political dissent. He had the temerity to insist on reforms in the land of his birth . . . and this is the response reportedly from the crown prince who allegedly ordered the man’s murder.

The CIA has determined that Crown Prince Mohammad bin Salman ordered Khashoggi’s murder. The president has blown that assessment off. So, too, I guess has John Bolton, choosing to join Donald Trump in the hideous game of disparaging the nation’s intelligence experts.