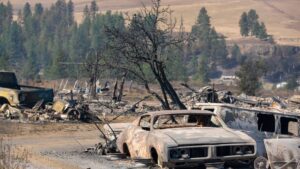 Leave it to a state known to be among the first to try new ideas.

That would be Oregon, the state of my birth, which has just become the first state in America to automatically register citizens to vote using data taken from motor vehicle department registration.

In Oregon, that voter registration rolls are expected to swell by 300,000 residents.

What would be the effect in Texas? Let’s see, Oregon’s population is just a shade less than 4 million; Texas’s is 26 million. Would the Texas voter registration rolls increase by, say, 1.8 million to 2 million citizens?

Let’s not get too giddy over this law, though.

Every Republican in the Oregon Legislature opposed the bill, citing concerns about “invasion of privacy.” Oregon’s political balance is fairly equally divided between Democrats and Republicans. If the GOP opposes this kind of voter registration reform nationally, it would seem to have zero chance in a state like Texas, where Republicans command super-majorities in both legislative chambers.

In an era where pols are trying to make voter registration more difficult, it is refreshing to see such a bold new initiative inaugurated in a place where innovation often is the norm.

“I challenge every other state in this nation to examine their policies and to find ways to ensure there are as few barriers as possible for citizens’ right to vote,” Brown said.

Still, I’m glad to see at least one state taking a proactive approach to working to put more, not fewer, of its residents on its voter registration rolls.

Oregon Gov. John Kitzhaber made it official: He’s leaving office in a few days amid a terrible ethics scandal involving his fiancée and a lobbying effort she allegedly launched using her position as “first lady.”

Now the attention is going to turn to incoming Gov. Kate Brown, the Oregon secretary of state who’s next in line for the top job.

Kitzhaber had to go. Top legislative Democrats went to the governor, also a Democrat, and told him he had zero support in the Legislature. He couldn’t govern with all the tumult swirling about him and fiancée Cylvia Hayes.

Virtually all states — including Texas — have laws that prohibit public officials from using their public office for private gain. Texas occasionally gets a bit lax in enforcing those rules. Therein is the lesson for all states: If you have these laws on the books, then it is essential that they are enforced to the letter.

Kitzhaber’s resignation should stop the pursuit of what allegedly occurred with Hayes’s lobbying efforts. If she broke state law, or if the soon-to-be former governor broke laws, they need to be prosecuted. Too often, though, these investigations wither and die once an officeholder leaves office, as if obtaining a resignation is enough of a punishment.

If the state believes in the ethics laws it has on the books, then the Kitzhaber-Hayes saga is far from over.