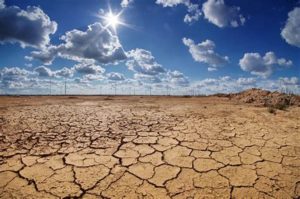 One of them is what she described as the most dangerous “existential threat” facing the nation: climate change.

Pelosi pledged to bring climate change back to the front of the nation’s attention, to the top of our national mind.

It has been pushed aside by Republicans who formerly ran the House, by those who continue to run the Senate and by the individual who sits in the Oval Office, Donald Trump, the president of the United States.

Trump has called climate change — formerly known colloquially as “global warming” — a “hoax.” His allies in Congress have bought into the Trump mantra. The president selected a key climate change denier, Scott Pruitt, to run the Environmental Protection Agency; another such denier, former Texas Gov. Rick Perry, is now the energy secretary; still another denier, Ryan Zinke, has just left his post as interior secretary.

Pelosi clearly understands what most Americans understand, that Earth’s climate is changing and the change is due largely because of massive amounts of carbon emissions being thrown into the atmosphere. That phenomenon, coupled with deforestation, is warming the planet’s temperature; the polar ice caps are melting; sea levels are rising; communities along our seas, gulfs and oceans are being placed in dire peril — not to mention what it’s doing to wildlife habitat.

Pelosi pledged today to return climate change to the front of the line. I wish her well. Whether this discussion produces legislation and a restoration of regulations aimed at curbing those emissions remain to be seen. The GOP still runs the Senate. The Republican president is still in office.

Whatever it is worth, and I hope it’s worth more than it might seem, Pelosi has the public on her side. Whether that’s enough to, um, turn the tide fills me with a bit of hope that this nation might take a proactive stance against this existential threat. 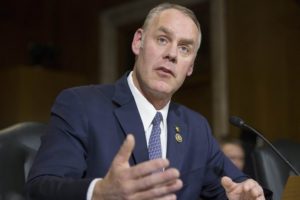 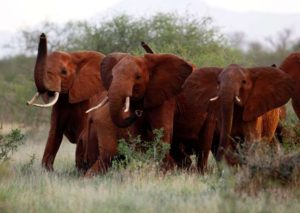 What in the name of endangered species is Donald John Trump Sr. thinking?

He tweets an outrageous policy shift that allows elephant trophy hunters to import their prize to the United States, bringing calls of outrage from environmentalists around the world.

Then he says he’s putting his policy “on hold.” Until when? Further review? Or has someone knocked some sense into that thick, unpresidential skull of his?

The purpose of this reported policy change seems to be to undo yet another decision delivered by President Barack H. Obama, under whose watch the United States imposed the trophy import ban. The former president’s aim was to protect one of Earth’s most magnificent creatures from extinction.

Obama’s successor doesn’t seem to believe that the best way to protect one of God’s creatures is to deter others from killing them.

According to The Associated Press: (Interior Secretary Ryan) Zinke issued a statement later Friday saying: “President Trump and I have talked and both believe that conservation and healthy herds are critical. As a result, in a manner compliant with all applicable laws, rules and regulations, the issuing of permits is being put on hold as the decision is being reviewed.”

This is a simple proposition, in my humble view. If you disallow the importation of trophy animal parts into the United States of America, you would deter American trophy hunters from killing these great beasts. Several countries in Africa already are imposing shoot-on-sight policies regarding poachers who kill the creatures illegally and then sell the ivory tusks at top dollar.

Elephant herd numbers have declined dramatically over many years because of trophy hunters and poachers.

I do so fervently hope and wish the president rethinks his nutty notion about exposing these beasts to greater peril. And spare me the argument that the best way to strengthen these animals’ existence is to kill them.

The best way to strengthen them is to let nature take its course.