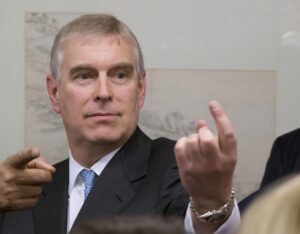 As a general rule I don’t normally give a rat’s rear end about Britain’s royal family, but this growing awareness of one of the royals’ involvement with a convicted sex predator has me curious and wondering whether he is ever going to redeem what is left of his shattered reputation.

Stand up, Prince Andrew. I am talking about you!

Andrew is a reported friend of Ghislaine Maxwell, the former girlfriend of the late predator Jeffrey Epstein. A jury found Maxwell guilty of multiple counts of sex trafficking. Jurors believed the testimony of young women who said that Maxwell conned them into sexual encounters involving Epstein when they were underage girls.

Another woman has come forward to allege that she and Andrew had sex multiple times when she, too, was a girl. Andrew denies it. Sort of. He said he didn’t have a “sexual encounter.” Does that deny any form of intimacy? Hmm. Maybe not.

The royal family has pushed Queen’s second-oldest son aside. He is taking no part in any public activities involving the royals. My hunch — and that’s all I have — is that Her Majesty the Queen and those closest to her believe the worst about the heir to the throne.

I get that the world maintains a fascination with the British royal family. Andrew has been in full public view his entire life. Now, though, the world is seeing another side of Prince Andrew’s alleged former life.

Ghislaine Maxwell, the one-time girlfriend and accomplice to the late millionaire sex-trafficker Jeffrey Epstein, is now a convicted sex trafficker herself.

A jury delivered the news to Maxwell today after five days of deliberation.

Is this the right verdict? Based on what I know — which admittedly isn’t much — it looks as though justice has been delivered. Jurors accepted the testimony that Maxwell assisted Epstein in his quest for young girls with whom he had sex or who he peddled for sex with others.

It was ghastly and gruesome testimony to be sure. As USA Today reported: The verdict capped a monthlong trial featuring sordid accounts of the sexual exploitation of girls as young as 14, told by four women who described being abused as teens in the 1990s and early 2000s at Epstein’s palatial homes in Florida, New York and New Mexico.

Epstein, who was jailed a couple of years ago on sex charges, hanged himself in his New York City jail cell. The world is better off without him staining it with his presence.

Maxwell faces a lengthy prison sentence. My hope is that she gets the maximum.

Oh, and unlike the reaction delivered by Donald Trump when he heard about her arrest in 2019, I do not “wish her well.” I wish her nothing but misery. 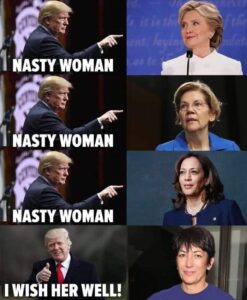 This mini-photo gallery showed up today on my Facebook feed and I thought it to be worth a brief comment here.

The three “nasty women” from the top down are Hillary Rodham, former first lady/U.S. senator/secretary of state/Democratic presidential nominee; Elizabeth Warren, a current U.S. senator and former presidential candidate; and Kamala Harris, another current senator and the pending Democratic nominee for vice president.

The guy on the left, of course, is … well, you know who it is. He has thrown the “nasty” epithet at all of those distinguished women.

Oh, the fourth woman? That’s Ghislaine Maxwell, former girlfriend/confidante/alleged “recruiter” of victims for the late millionaire Jeffrey Epstein, the pedophile and sexual assailant who hanged himself in a New York City jail cell.

Donald Trump said he wanted to “wish her well” as she faces charges of being an accomplice to Epstein’s hideous behavior with underage girls.

Where I come from, Maxwell’s (alleged) conduct is way beyond “nasty.”

However, this social media illustration does speak volumes about the principles and what passes for a moral compass that drives Donald J. Trump.

May we ponder this for just a moment while we think about who we want sitting in the Oval Office? 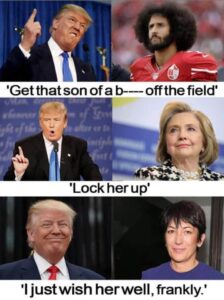 These three images of Donald Trump alongside other individuals of some note tells me plenty about why I consider him unfit for the office of president of the United States.

He wanted to toss former quarterback Colin Kaepernick “off the field” because he chose to protest police brutality by “taking a knee” during the National Anthem at pro football games.

Trump led rally crowds in “Lock her up!” chants when email controversy swirled around Hillary Rodham Clinton during her run for the presidency in 2016.

Donald Trump then spoke of Ghislaine Maxwell, the former girlfriend and confidante of the late sexual predator Jeffrey Epstein and wished “her well,” even as she stands accused of providing underage girls for Epstein to rape.

I should say that Kaepernick hasn’t been charged with a crime. Nor has Hillary Clinton. Ghislaine Maxwell? She could go to prison for the rest of her life if she is convicted of doing what has been alleged.

Do you get my point? It is that Trump’s presidential temperament is, shall we say, nonexistent. He doesn’t demonstrate an ounce of nuance. A pro athlete of color becomes the target of vulgar epithets; a political opponent who testified for hours before Congress should be locked up for reasons that Trump never specifies; a woman who’s a friend of Trump who has been accused of conspiring with a despicable sexual animal gets “well wishes.”

The man needs to get the boot from our White House. 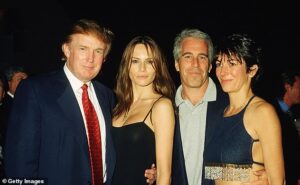 The depths of Donald Trump’s heartlessness has yet to be discovered.

Consider this bit of nauseating information: When a reporter asked him recently about Ghislaine Maxwell, the former girlfriend/confidante of convicted sexual assailant Jeffrey Epstein, he said he wanted to “wish her well.”

Maxwell, I hasten to add, is accused of finding underage girls for Epstein to rape. Epstein, of course, hanged himself in a New York jail cell a few months ago. Maxwell now is the premier character in this hideous act.

So, what about the victims of Epstein’s lecherous behavior? Don’t they deserve “well wishes” from the president of the United States?

Trump has yet to offer a single public word of horror over what happened to these people at Epstein’s demand. He has yet to condemn anything his old friend did.

Oh, no. He offers Ghislaine Maxwell his good wishes and hope she is “well.” How can the president remain silent on the ghastly accusation that has been leveled at her and then offer the lame, tepid and moronic statement that “I wish her well”?