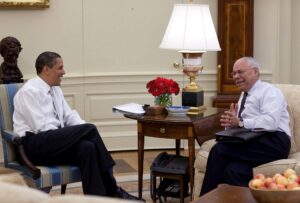 Former President Barack Obama was one of many public figures — elected, appointed and otherwise — to speak highly today of the impact that retired Gen. Colin Powell had on their lives.

I read a statement from President Obama today after Powell’s death. One item in the statement stood out. It dealt with Gen. Powell’s endorsement of Obama’s presidential candidacy in 2008. Powell, a lifelong Republican, decided to endorse Obama because, I suppose in Powell’s view, that Obama was the best man for the job at the time.

Obama said this about Gen. Powell’s endorsement, which included a discussion about rumors at the time dealing with the presidential candidate’s faith: “The correct answer is, he is not a Muslim; he’s a Christian,” General Powell said. “But the really right answer is, ‘What if he is?’ Is there something wrong with being a Muslim in this country? The answer’s no, that’s not America. Is there something wrong with some seven-year-old Muslim-American kid believing that he or she could be president?”

What the former president didn’t include in that remembrance is that the U.S. Constitution specifically declares that there shall be “no religious test” for anyone who seeks public office in this country. That includes presidents.

Powell’s point, though, in endorsing Sen. Barack Obama for the presidency, is that there should be no constraint on any child, regardless of his or her faith, to seek the highest office in the land.

I concluded a long time ago that there is no “good” way to lose someone with whom you are close.

My wife and I are still emerging from our sadness over the loss of her mother. She passed away a little more than a week ago at the age of 93.

Yes, she lived a long life and, yes, it was her time to let go. She did so quietly and peacefully. How does one react to that event? With profound sadness, no matter what one might know intellectually about the circumstances leading up to that final moment on Earth.

I counsel friends and acquaintances all the time when I learn of a loved one’s passing that “It still stinks.” They’ll say something about their departed loved one is “in a better place.” My faith tells me they are. However, it doesn’t lessen the emotional suffering of those they leave behind.

As for the circumstances preceding the moment of death, I am one who has endured loved ones’ passing in all manner of ways.

My father died suddenly, shockingly in a boating accident more than 38 years ago. The last thing I said to him prior to his departure on a fishing trip to British Columbia was, “I’ll see you Wednesday” when he was supposed to return home.

He didn’t make it to Wednesday.

My mother’s death was preceded by another, equally heartbreaking circumstance. She died four years after Dad of complications related to Alzheimer’s disease. My family and I watched her disappear before our eyes — even while she still drew breath. Her cognition vanished, along with her ability to speak and eventually to feed herself.

The pain upon learning of Mom’s death was every bit as searing as learning of my father’s sudden death.

Even as our faith sustains us as we make our way through this life on Earth, it gets tested when we say “goodbye” to loved ones.

So it goes. Death has this way of strengthening us as we cope with our loss. 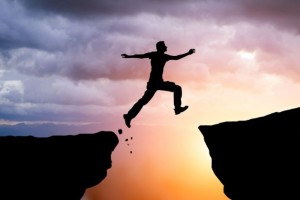 Texas Attorney General Ken Paxton has been quiet lately … since his indictment in Collin County on charges of securities fraud.

The case hasn’t yet been settled. Paxton, though, spoke to a conservative political group, Texas Values, and asserted that Christians are being “marginalized” in public life.

I believe I’ll disagree with him on that.

I agree with the attorney general that people of faith should run. They should rely on their faith to inform their decisions. I cannot question either of those two notions that Paxton put forward.

Then again, I welcome people without faith to run as well. This country belongs to them as much as it belongs to believers.

Moreover, I have to draw the line on the idea that the so-called “marginalization” is anything new.

The U.S. Constitution has been quite clear on the role that faith should play in government. The founders knew what they were doing when they omitted the very word “religion” in the document. The only reference comes in Article VI, which declares that “no religious test” shall be applied to candidates running for public office.

Isn’t that crystal clear? It is to me.

Not to Paxton, apparently.

According to the Texas Tribune: “It’s important to understand opponents of religious liberty aren’t going away anytime soon,” said Paxton, a Republican, as he spoke to a crowd of about 100 people gathered at Pflugerville’s First Baptist Church. “We must refuse to be marginalized in the name of political correctness.”

Political correctness? What’s he talking about?

Religious liberty is a comprehensive term. It means different things to different people. To some, it means that we should be free to practice whatever faith we wish. To others, sadly, it means believing only in the faith they worship, as many Muslim-Americans have learned over the years when they encounter protests from non-Muslims.

And to even more Americans, the term “religious liberty” means being guaranteed the right to not worship any faith at all.

I do not believe what Paxton said in Pflugerville that there’s been an “ugly and frightening turn of events” that turns on people of faith who seek and hold public office.

If he’s referring to that Kentucky county clerk who refuses to grant marriage licenses to gay couples — and I suspect that’s Paxton’s point of reference — I’ll just remind him that she took an oath to serve all the residents of her county.

Even those who are gay.

A Pew Research study says fewer Americans today identify themselves as Christians than before.

It also says other religions haven’t declined in this country.

What does that mean? Well, one thing I believe it means is that we’re more diverse — religiously speaking — than at any time.

So, are we going to Hell?

Tod Robberson, writing for the Dallas Morning News, has an interesting analysis of the Pew findings. He contends that he is not threatened by the decline in Americans associated with a given faith. He says his own non-religious upbringing hasn’t harmed his children. I get that.

I also get that one’s faith is an intensely personal thing. As one who does worship in a Christian church — on most Sundays — I am entirely comfortable in my own religious skin. My wife is as well. So are my sons. I am worrying not tiny bit about what my fellow Americans are feeling today about their faith.

Indeed, I’ve long held the view that Americans remain among the most religious people on Earth precisely because of the freedom we have to not worship if we so choose. The Pew study on Americans’ faith journey may be shocking to some, but look at what’s happening in Europe, where countries have established state religions. The people’s response throughout the continent has been to stay away from church in droves. Church attendance is a fraction of what it used to be, let alone what it continues to be across The Pond, in the U.S. of A.

I like what Robberson writes: “A mass departure from established religion in America doesn’t necessarily mean millions of us are losing our way and are walking into the arms of Satan. It just means that we do not rely on preachers, priests, rabbis or imams to tell us how to live our lives. People who do attend regular religious services are otherwise guided, and good for them. They should not stand in judgment of the non-religious any more than the non-religious should stand in judgment of them.”

I’ll just keep going to church, saying my prayers to Jesus Christ and ask him to forgive me for my sins. I believe he’s done that.