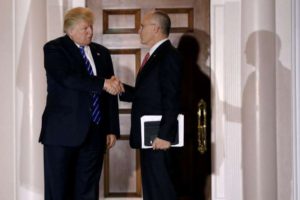 Donald J. Trump might be learning that he doesn’t have as many friends on Capitol Hill as he thought he did.

It appears that some of the president-elect’s Cabinet picks aren’t going down well … with some Republican lawmakers. Never mind the Democrats. You know they’ll detest almost any pick the GOP president-elect is going to make.

I was struck this morning when I heard Republican U.S. Sen. Rand Paul of Kentucky declare himself to be almost an automatic “no” vote against probable secretary of state nominee Rex Tillerson. Why the intense opposition? That would be the selection of John Bolton to be Tillerson’s deputy secretary, according to Paul. Bolton believes in “regime change” and has all but advocated going to war with Iran, both views that Paul opposes strongly.

Others among Trump’s Republican base of support are bristling at some of the picks. Steve Mnuchin, Trump’s pick to be treasury secretary, represents the “status quo,” according to Erick Erickson, the longtime TEA party activist. Labor Department nominee Andrew Puzder is said to be in favor of “open borders.”

Now we have Tillerson at State. U.S. Sen. John McCain of Arizona, the 2008 GOP presidential nominee, said he has “concerns” about Tillerson’s relationship with Russian President Vladimir Putin. Tillerson is CEO of ExxonMobil, which is exploring for oil throughout Russia; Tillerson has brokered numerous business deals involving Russian government officials, including Putin.

Where do we go from here?

Trump will need a lot of friends on Capitol Hill to rally to his side as he sends his Cabinet picks to the Senate for confirmation.

Here’s the deal, though: He ran against many of them within his own Republican Party on his highly improbable victorious campaign for the presidency.