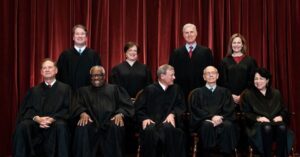 There once was a time when U.S. Supreme Court nominees sailed blissfully through the confirmation process, with senators giving presidents all the latitude in the world to select the person of their choice. They asked some tough questions, occasionally, but were respectful and a bit deferential to presidential prerogative.

President Biden is going to select a black woman to succeed Stephen Breyer on the court once Breyer retires at the end of the current court term. The president can expect a donnybrook. He might be able to find the most brilliant legal mind this side of the Magna Carta, but that person won’t be confirmed without shedding a good bit of blood as she takes incoming rounds from the Republican obstruction brigade in the Senate.

When did it come to this? I guess you could trace it to 1987, when President Reagan nominated Robert Bork to the SCOTUS. Bork was known to be a strict constitutional constructionist. He was a brilliant legal scholar, but he had some seriously offensive views about the role of women and racial minorities. His nomination went down in flames.

Then came the 1991 nomination of Clarence Thomas, whom President George H.W. Bush called the most brilliant legal mind in America. He sought to succeed the late Thurgood Marshall. Then came allegations of sexual harassment and the testimony of Anita Hill. The debate was ferocious. The Senate confirmed Thomas, but it was a narrow mostly partisan vote.

I am thinking at this moment of a nominee put forth by President Eisenhower in 1953. Earl Warren was governor of California when Ike asked him to join the court. He had never served as a judge. I wonder now how an Earl Warren nomination would fare in today’s climate. Would senators question his qualifications? Would they hold him to the same sort of careful examination that they appear ready to do to whomever Joe Biden presents? If the answer is yes, would Gov. Warren hold up?

For the record, I am glad Earl Warren served as chief justice, given that the court on his watch approved some amazing landmark rulings; e.g., Brown v. Board of Education.

I want President Biden’s first high court nominee to be judged carefully but fairly by senators. I am concerned they will respond with red herrings, specious arguments and phony concerns.

I remain committed, by the way, to presidential prerogative in these cases. Elections, as they say, do have consequences. I have been faithful to that truism with respect to whomever is in office.

So, let the process move forward. I hope for a semblance of judicial comity as the Senate ponders this most important selection. 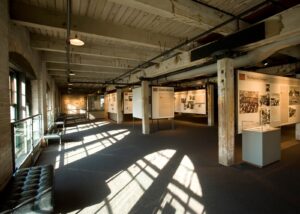 DALLAS — Exhibits such as the one my brother-in-law saw today have this way of triggering so many memories.

We ventured to the Sixth Floor Museum, the one overlooking Dealey Plaza in downtown Dallas, where the 35th president of the United States, John F. Kennedy, was murdered in front of the world.

The exhibit has been improved greatly since first time my wife and I visited it in the mid-1980s. It contains many more pictorial displays, more text, a wonderful audio tour, film and, of course, the window where the gunman fired on the president and Texas Gov. John Connally.

I was struck by the amount of attention paid at this museum to the slew of conspiracy theories that have kicked around since the Warren Commission filed its report in 1964. The new president, Lyndon Johnson, appointed Chief Justice Earl Warren to lead the panel to examine every detail it could about the assassination.

It returned with what I believe is the soundest plausible explanation: Lee Harvey Oswald, the disgruntled Marxist, sat in the window on the sixth floor of the Book Depository Building and fired three rounds from a bolt-action rifle, killing the president and wounding the Texas governor.

I was not quite 14 years of age when the world got the news.

My own theory in the moment was cut and dried: The Russians killed the president and were going to attack and invade the United States at any moment. That was how a 13-year-old mind worked in real time way back then. I guess I forgot that we would have a new president within minutes of the 35th president’s declaration of death. That’s what happened aboard Air Force One, when U.S. District Judge Sarah Hughes swore in President Johnson, who then asked for strength and prayers from the nation he was about to lead through this horrific tragedy.

I never have paid attentin to the idiotic conspiracy theories. I don’t believe any of them. I have retained faith in the commission headed by the nation’s chief justice.

Still, I was impressed to realize that the museum organizers saw fit at least to give many of those conspiracies a sufficient airing to at least present the many “other sides” of this most intriguing tragedy.

I remain convinced today, though, that Lee Harvey Oswald pulled the trigger … and that he did it all by himself.

Conservatives reportedly are getting itchy over some recent decisions by U.S. Chief Justice John Roberts.

Why, he’s siding with some of the Supreme Court’s liberals and that dreaded swing vote on the court, Justice Anthony Kennedy.

He’s just not the dependable conservative they thought they were getting when President Bush appointed him to the court.

These nervous nellies on the right ought to relax.

I don’t consider the chief justice to be a toady to the right. He’s now holding a lifetime job and is free from the political strings to which he was attached when the president appointed him chief justice. It might be — and it’s way too early to tell — heading down a trail blazed by other formerly “conservative” justices who turned out to be anything but.

Chief Justice Earl Warren took his seat after President Eisenhower appointed him in 1953. The very next year, the Warren Court handed down the landmark Brown v. Board of Education ruling that effectively ended segregation in the nation’s public schools systems. Ike called the Warren appointment his biggest mistake as president.

President Nixon appointed Harry Blackmun to the court in 1971 and all Blackmun did was write the Roe v. Wade decision that ruled abortion to be a protected right under the Constitution.

President Ford named John Paul Stevens to the court in 1975, thinking he was getting a conservative jurist to serve on the court. Stevens turned out to be one of the leading court liberals.

And what about Roberts? All he’s done is side with the liberal minority on the court in a 2012 vote that upheld the Affordable Care Act. It was a narrow decision that didn’t bring about the end of the world.

The hard right just needs to chill out. I doubt that the chief justice is going to turn on them. Hey, if he does, then he’s joining some pretty heady company among justices who rediscovered their consciences and their principles.

Barack Obama has just gotten a taste of what many of his presidential predecessors have had to swallow as it regards federal judicial appointments.

Their court appointments didn’t vote nearly the way their benefactor — the president — wanted them to vote.

That, I submit, speaks quite eloquently to the need to keep the federal judiciary independent.

In two 9-0 rulings in recent days, the court struck down a Massachusetts law that regulated anti-abortion protesters and then it reeled in presidential appointment powers relating to recess appointments made when the Senate is not in session.

That means both of President Obama’s high court picks — Justices Elena Kagan and Sonia Sotomayor — voted against the wishes of the man who nominated them to their dream job in the first place.

We hear yammering — mostly from the right wing of the political spectrum — that “unelected judges” wield too much power. This carping comes usually when the court rules against a cause or principle near and dear to conservatives’ hearts.

Indeed, the court has comprised many Republican appointees who’ve gone against the wishes of their presidential benefactors: Dwight Eisenhower picked Earl Warren to be chief justice and all Warren did was launch the Supreme Court on a whole range of landmark liberal court rulings, starting with the 1954 school desegregation ruling known as Brown v. the Board of Education.

Now two of the court’s liberal justices — Kagan and Sotomayor — have joined their fellow liberals and conservatives on the court to stick it in President Obama’s eye on a couple of key issues.

So, let’s stop the griping about the federal court system. The founders set up an independent branch of government for a reason, which was to prevent its politicization when trying to interpret the U.S. Constitution.