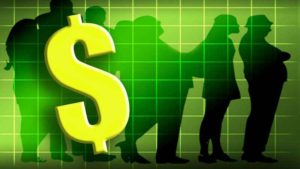 Donald J. Trump and his Republican allies in Congress enacted a massive tax cut, most of which helps the wealthiest Americans. The cuts are driving up the federal budget deficit, piling more billions on to the national debt.

The president then decides to rescind planned raises for federal employees, citing the need for “fiscal restraint.”

To state the obvious, denying federal workers a pay raise because you’ve lavished a trillion dollars of tax cuts on corporations and the wealthy, creating massive new deficits, is beyond outrageous.

Yes, I know Axelrod is a Democratic partisan. I also know he has been highly critical of Donald Trump at every step of his presidency.

To be fair, the president said military personnel are exempt from the rescinding of raises; the fighting men and women will get a pay bump as planned. That’s good for them — and damn good for the country!

However, the president’s call for fiscal prudence and rational fiscal policy while rescinding raises for others in the government is, well, laughable on its face. 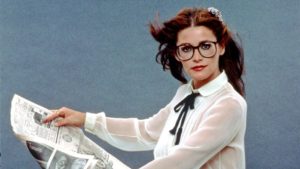 Leave it to a most unusual source to provide poignancy to the death of a one-time film star who turned into a symbol for those who struggled as she did.

Margot Kidder has died at the age of 69. Film fans remember as Lois Lane in the “Superman” series of movies.

This is what David Axelrod, President Barack Obama’s former political guru said about Kidder, via Twitter:

Margot Kidder should be remembered as much for courageously, candidly discussing her battles with mental illness as for any screen role. There are no Supermen— or women. It is not a character deficiency to acknowledge such struggles and get the help and treatment you need! RIP.

Indeed, Kidder’s life hit the skids after her film career ended. But she didn’t go into hiding entirely. She was open about her troubles. Kidder spoke of her mental illness and of her homelessness. She was destitute.

I suppose you could say she was a broken woman.

But she recovered, managing to get her bipolar disorder under control. Kidder became a political activist, supporting progressive causes and candidates. She turned her interest to environmental issues.

Now, though, the pain she suffered has been relieved for eternity. As David Axelrod noted, Margot Kidder demonstrated a strength of character by acknowledging the struggles she endured. 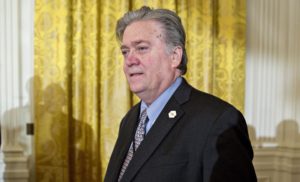 Stephen Bannon’s assertion in a new book that Donald Trump Jr. might have committed an act of “treason” by meeting with a Russian lawyer in June 2016 brings to mind a fascinating observation.

It didn’t come from me originally. I heard it from Jeffrey Toobin, a legal analyst for CNN. Toobin said it would be unconscionable for David Axelrod to turn on Barack Obama or Karl Rove to do the same thing to George W. Bush.

Those two former White House strategists and key political aides were loyal to the boss and remain so to this day. Bannon presents another situation altogether.

He has said that Trump Jr.’s meeting with the Russian legal eagle constituted potentially “unpatriotic” and “treasonous” activity. They met, according to a book, “Fire and Fury,” written by David Wolff, to discuss dirt on Hillary Rodham Clinton. The inference is that Don Jr. might have colluded with Russians seeking to influence the 2016 presidential election outcome.

The revelation made public has enraged the president. He says Bannon “lost his mind” when he was fired from his job as chief strategist for Donald Trump. He argues that Bannon had little influence or impact on the White House.

We might be witnessing an unprecedented unraveling of a presidential administration. It does appear to be unusual in the extreme that someone who once had the president’s ear to turn on him in the manner that has occurred.

What’s more, the reaction from the president does have the appearance of near-panic within the White House.

Toobin does pose a fascinating query. Can you imagine Presidents Obama and Bush being torpedoed in this fashion? 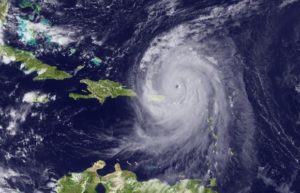 He writes: Why isn’t this huge and growing humanitarian crisis in Puerto Rico commanding more attention and action? Too busy on anthems and epithets.

An island with 3.5 million U.S.-citizen inhabitants is without electricity. It is lacking potable water. A major dam is being threatened with complete failure; it might collapse under the weight of the water backing up behind it. Residents are homeless. They are desperate. They are hurting.

And what in the name of humanitarian response are we talking about in the United States of America?

Whether professional athletes should stand while they play the National Anthem. The president of the United States is launching endless Twitter tirades against those athletes, calling them SOBs.

Where, indeed, is the national anxiety over the misery that’s befallen our territorial neighbors in the Caribbean?

I didn’t realize David Axelrod is such a smart aleck.

Axelrod, former President Barack Obama’s trusted political guru, offered a tart response to Hillary Rodham Clinton’s assertions over who is to blame for her stunning election loss in 2016 to Donald J. Trump.

“Jim Comey didn’t tell her not to campaign in Wisconsin after the convention,” said Axelrod on CNN. “Jim Comey didn’t say ‘don’t put any resources into Michigan until the final week of the campaign.'”

Clinton had said earlier this week that Comey, the FBI director, might have torpedoed her campaign by issuing the letter to Congress informing lawmakers that he had some additional information pertaining to the Clinton e-mail controversy.

Yes, the former Democratic presidential nominee took plenty of blame for losing to Trump. But Axelrod’s assessment is on target in that Comey didn’t call the campaign shots that ultimately cost her critical Electoral College votes on election night.

Axelrod added: “She said the words, ‘I’m responsible’, but everything else suggested she doesn’t really feel that way,” he said. “And I don’t think that helps her in the long run.”

The complete history of this amazing election is being written. It no doubt will dish out its share of blame — or credit — to individuals and/or actions that deserve neither.

Hillary Clinton and Donald Trump were the candidates for president. One of them did a lot of things wrong while the other one did many things right.

We can argue ourselves hoarse over our whether the election turned out the right way. Axelrod, though, is correct to admonish Hillary Clinton about shifting responsibility for her loss. She needs to own it — and then leave it at that.

I hope now we’ll hear from Mitt Romney and hear his version of the phone call he made to President Obama the night he lost the 2012 presidential election.

Why? Because a new book by the president’s one-time senior political adviser paints a fairly dubious picture of the call the losing candidate made to the winner.

David Axelrod’s book, “Believer: My 40 Years in Politics,” tells of Romney telling Obama that the president did a good job of turning out the vote in places like Cleveland and Milwaukee. The president took that to mean “black people,” according to Axelrod.

So, there you have it. The president was re-elected by 5 million votes because African-Americans turned out en masse to put their guy over the top?

Let’s assume for a moment that Axelrod has it right, that Obama was “unsmiling” during his brief conversation with Romney.

The president then went on national television to declare victory. He said the following: “We may have battled fiercely, but it’s only because we love this country deeply and we care so strongly about its future. From George to Lenore to their son Mitt, the Romney family has chosen to give back to America through public service and that is the legacy that we honor and applaud tonight.”

Well, Mitt, did you really and truly frame your “congratulatory phone call” in that light?

Omar Gonzalez is being charged with breaking and entering a Washington, D.C., home.

Not just anyone’s home, mind you. This was the White House. Home of the Leader of the Free World and his family. The place where monumental decisions have been made for a couple hundred years.

The Secret Service needs a thorough review of security for the president of the United States and his family.

Gonzalez sneaked onto the property, somehow got past security and was arrested inside the White House packing a knife.

President Obama and his family weren’t home at the time, so there was no immediate threat to anyone’s safety.

But how did the 42-year-old Iraq War veteran get in? How did the Secret Service — which is charged with protecting the first family — allow this individual to get past the highly trained security personnel?

David Axelrod, one of Barack Obama’s closest friends and advisers, called the break-in “shocking.” “This is really shocking,” he said. “I speak not only as someone who worked for the president, but he’s been my friend for a long time. … His kids were with him. I mean, this is really unfathomable and they really have to sit down and review all of their procedures,” he added, in reference to the Secret Service.

This isn’t the time to push the panic button. But holy mackerel! Let’s make sure this doesn’t happen again … ever.

Shouldn’t it be taxpayers suing Congress for LACK of action, instead of Congress suing the President for doing too much?

So said David Axelrod in a tweet just a few moments ago.

But the former White House senior policy/political adviser does make a good point about House Speaker John Boehner’s decision to sue President Obama over the president’s supposedly “excessive” use of executive authority.

Axelrod wonders why Americans aren’t suing the do-nothing Congress for sitting on its hands while President Obama is trying to push programs forward.

I get that some Americans are glad to have Congress doing nothing. They welcome the stalling, fighting, arguing, threatening and obstruction that’s been occurring in Congress.

I’m more of a good-government kind of guy, even though some folks might consider the term “good-government” be an oxymoron — kind of like “military intelligence” or “jumbo shrimp,” to borrow two of the late George Carlin’s examples.

For the speaker, though, to suggest that Obama is overreaching with his executive authority when the president has used that authority less than any of his predecessors over the past century, does seem to be a bit of an overreach in itself.