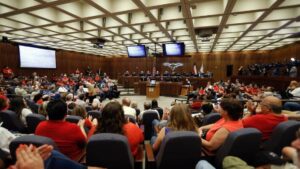 Swallow hard, Fort Worth residents, if you intend to grant your city council the pay increase it is asking of you.

To be crystal clear, I don’t have a dog in that hunt, given that I live a couple of counties over, in Collin County. But, dang! That’s a hefty raise to accept. Voters will get the chance on May 7 to decide if their council members and mayor deserve what they’re asking.

Say it with me: Wow!

Newly installed Mayor Mattie Parker said the council has earned the big boost. “We want to serve well on behalf of the people of Fort Worth, the fastest-growing city in the country,” Parker said at Tuesday night’s council meeting. “I think we’re worth it, frankly.”

Parker believes that Fort Worth’s elected body deserves to be more on a par with neighboring Dallas, where the mayor earns $80,000 annually; council members earn $60,000 per year.

Fort Worth tried to boost the council’s pay in 2016, but voters rejected that measure. I don’t know what Cowtown’s residents are thinking today, except that they might be mirroring much of the discontent with government at all levels and, thus, could be reluctant to grant such a huge pay increase.

I remember a couple of years ago when Rockwall County commissioners granted themselves a gigantic pay increase while limiting raises for county employees to a fraction of what commissioners got for themselves.

What’s more, I moved to Collin County three years ago from Amarillo. Do you know how much that city’s council earns? Ten bucks per meeting! Plus expenses if they travel somewhere representing the city. I will add that Amarillo is a city of more than 200,000 residents, so it ain’t exactly what you would call a “tiny burg.”

It’s fair to ask whether Fort Worth’s municipal work force is going to see a significant pay increase, too, while the politicians at the top rake in the kind of dough they’re asking voters to give them.

Fort Worth city council puts pay raises on the May ballot | wfaa.com

What might be a better alternative? Perhaps an incremental raise would do the job, raising council members’ salaries a little at a time.

This all-at-once approach seems a bit too much to swallow.

The Dallas City Council has joined the chorus of governing bodies to speak out against the memorialization of a struggle that sought to destroy the United States of America.

Voting 11-4, the council decided to remove a Confederate war memorial from property near City Hall in downtown Dallas.

I will stand and cheer the council’s decision.

The monument, as stated at the council meeting, is “non-contributing structure for the historic overlay district.” I guess that’s some sort of code that means the structure is of no discernable value.

Bring it down! The council voted to spend $480,000 to disassemble and remove it.

Confederate War Memorial is coming down

Statues such as this have a place in museums. They don’t belong necessarily on public property. Other communities have been going through this debate for some time. They are taking down these structures — statues, plaques, engravings, etc. — that commemorate the Civil War, the nation’s bloodiest conflict.

Let’s not be coy or cagey about why the Confederacy came into being: Those states wanted to retain the power to enslave human beings, to relegate them to be the “property” of slave owners.

To preserve that hideous policy, they formed the Confederate States of America and then some Confederate troops opened fire on the Union garrison in Charleston Bay, S.C.

Thus, in April 1861, the Civil War began with an act of treason!

We shouldn’t honor such an act. 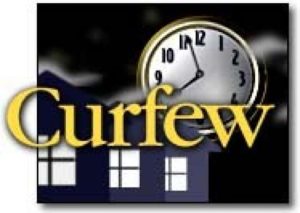 I’ve heard it said that “nothing good ever happens after midnight.”

To that end, Dallas city officials are wrestling with whether to retain a 26-year-old curfew the city imposed against juveniles.

They ought to do what they can to retain the curfew, which is set to expire Friday if the council doesn’t act.

I’m not a particularly harsh old geezer on this. I just believe that cities have an inherent duty to enact measures that maintain safety. Dallas’s curfew isn’t perfect, but it is a reasonable approach to seeking and keep the community safe.

The ordinance requires youth younger than 17 years of age to be off the streets between 11 p.m. and 6 a.m. Sunday through Thursday, and from midnight to 6 a.m. Friday and Saturday. They may be out in the wee hours if they are accompanied by an adult. Violating the ordinance could result in a $500 fine.

The issue for retaining the ordinance seems to revolve on whether to lessen the penalties for violators. Some residents and activists want to “decriminalize” the act of violating curfew. Hmm. How does that work? If you are breaking the law, aren’t then, by definition, a criminal?

Cities enact curfew with one intention, to protect children from late-night mischief that too often produces tragic results.

Dallas is no different. Keep the curfew.

Here is a Dallas Morning News editorial supporting the curfew. I stand with the newspaper editorial board on this one.