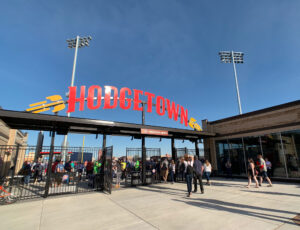 Success brings many things to a city and an athletic franchise that carries the city’s name. For example, it brings added recognition in the form of what is going to happen to Amarillo next June.

The Texas League is going to stage its annual all-star game at Hodgetown, Amarillo’s shiny new home for the Amarillo Sod Poodles, the team that won the Texas League championship in its first year of existence.

This is big deal, folks!

Amarillo already has embarked on a massive downtown rehabilitation program that along the way has brought us that brand new ballpark called Hodgetown, named in honor former Mayor Jerry Hodge and his wife, Margaret.

Now the best of the Texas League’s AA baseball talent is coming to the city to show off its collective skill in front a sold-out crowd of Sod Poodles fans, who by the time the all-star game rolls around will have continued to celebrate the team’s league title.

The Convention and Visitors Council has been handed a huge marketing and promotional opportunity that I trust it will not squander as the city prepares for the June 23 contest.

What might that opportunity produce? Oh, let’s see. Maybe it will enable the city to showcase the added downtown amenities it is able to offer visitors from around the league. My best guess is that the city should — and hopefully will — ensure that it cleans up thoroughly in advance of the visitors’ arrival. They have some first-class lodging just across the street from Hodgetown. The influx of visitors will pump sales tax revenue into the city coffers as well.

As for the game itself, well, no one can predict how it will turn out. No one can know in advance whether it’ll be a thriller or a blowout. Indeed, all-star games by their very nature occasionally produce performances in which the athletes do not go all out … despite at least one notable exception. That would be Pete Rose’s collision with catcher Ray Fosse in the 1970 Major League Baseball all-star game that effectively ruined Fosse’s career.

Aww, but what the heck. The Texas League all-stars are going to Amarillo. They’ll throw out the first pitch on June 23. The fans will be jammed into the stands. They will have a great time and the city will reap the reward.

As Sod Poodles general manager Tony Ensor said, the game will be a “celebration for the entire West Texas community.” 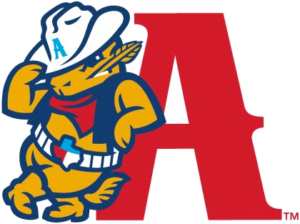 Just as I have given up making political predictions, I am done questioning the wisdom of marketing gurus who study the ins and outs of delivering brand names that catch the public’s attention.

I once questioned the wisdom of all that hotel construction in Amarillo. A friend of mine at the Convention and Visitors Council told me not to worry; the hotels will be do just fine. Turns out my friend was correct.

So, with that I will declare my belief in the marketers who settled on the name of the city’s minor-league baseball franchise. The Sod Poodles are playing baseball before good crowds at Hodgetown.

What’s more the team’s name has become the talk of the town, the Texas League communities where they play when they’re not at home and in baseball publications all over the nation.

Hey, weren’t the Sod Poodles named the top minor-league nickname in the country? Well, they were, although we can debate until we run out of breath about the validity of the survey.

Whatever, the Sod Poodles turned out to be a name that had to grow on some of us … such as me. I hate the name when I first saw it on the list of finalist names that the Elmore Group, the franchise owner, revealed to the public.

They mentioned something about Sod Poodles being some sort of old-time name for prairie dogs. Sure thing, dudes. Whatever you say.

The name, though, has stuck. It has become part of the franchise’s identity, which likely is what the Elmore Group and its marketing geniuses had in mind from the get-go.

That’s why they get paid the big bucks and shmucks like me are sitting in the peanut gallery. I live now in a community next to one of the teams that comprise the Texas League along with the Sod Poodles. They play hardball in Frisco. They’re called the Frisco Roughriders, which to my ear sounds almost milquetoast compared to the name given their rivals in Amarillo.

Whatever, my view from afar tells me that the Elmore Group marketers knew what they were doing.

I’ll just keep my marketing thoughts to myself and enjoy watching the community reap the benefits of knowledge from the experts.