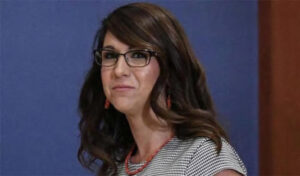 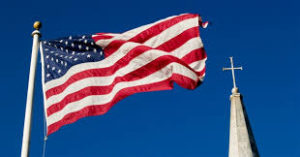 Some issues just never go away. They lurk on the edges of our national consciousness, occasionally returning to a spot under the lights.

I have written a number of blogs on this venue about whether we live in a “Christian nation.” I concluded long ago that the founders deliberately left the word “Christian” out of our Constitution.

A ‘Christian nation’? Never have been one

And somewhere along the line, someone is going to blurt out some nutty notion that the United States is a “Christian nation,” that it is rediscovering its Christian roots.

I’ll say it again, just as I will say it now.

We aren’t a Christian nation. We are a nation founded by and large by men who adhered to Christian principles; many of them were men of faith who didn’t necessarily follow Jesus Christ’s teachings. Yes, there is a Judeo-Christian ethic written into the Constitution.

However, the founders explicitly excluded any reference to Christianity in the nation’s founding document. Why? Because those men fled religious persecution from tyrants who demanded that they must believe a certain way. They came across the ocean intent on preserving people’s right to worship as they please — or not worship if that is their choice.

I am acutely aware that the founders didn’t craft a perfect document. It didn’t grant full citizenship rights to every living human being in this newly created country. But on the issue of the nation’s religiosity, they got it right. 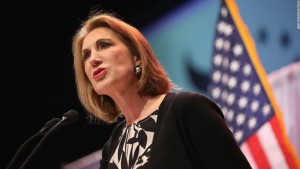 Donald Trump has added another Republican presidential primary rival to his list of personal insult victims.

And, hey … it happens to be the only woman in the field of 17 GOP candidates.

On the receiving end of a Trump insult is Carly Fiorina. Trump decided to make fun of her physical appearance.

“Look at that face,” Trump said. “Would anyone vote for that? Can you imagine that, the face of our next president?” Trump reportedly bellowed while watching his Republican presidential rival on the news. “I mean, she’s a woman, and I’m not s’posedta say bad things, but really, folks, come on. Are we serious?”

OK, here’s the point of this brief post: If the public response follows form, Trump well might see another spike in his poll numbers. That’s how it’s gone for this guy: He says something patently nasty, the victim of the barb responds … and Trump gets a poll boost.

My question now is this: What in the world has become of American voters, most notably Republican Party primary voters who think it’s all right to be personally insulting?

Doesn’t the Golden Rule apply any longer? Do we no longer seek to treat others the way we’d insist that they treat us?

And what about the notion among some of the more conservative voters out there that the United States is a “Christian nation” comprising people of deep faith who are committed to religious principles?

Are these same folks now going to applaud Donald Trump for tossing aside “political correctness”?

I heard it said over the weekend that “we aren’t a Christian nation … anymore.”

It took me aback.

We’ve been hearing a lot of that of late, particularly in the wake of the Supreme Court’s ruling that state bans on gay marriage violated the U.S. Constitution’s 14th Amendment and the “equal protection clause” contained within it. Therefore, gay marriage should be made legal in all the states, the court said.

Back to the point: Are we a Christian nation? Have we ever been one?

I keep reading the U.S. Constitution and so help me, I cannot find the word “Christian” anywhere in it. Some of my friends on the right keep asserting that if the Constitution doesn’t say something specifically, then it’s not germane to a constitutional discussion. A former colleague of mine keeps asserting, for instance, that the Constitution doesn’t even mention “marriage,” but it does mention “the right to keep and bear arms.” That’s his way of affirming that the Second Amendment’s literal verbiage carries weight over the court’s broader interpretation of what’s allowed and what’s prohibited.

I am quite aware of the argument that the founders were driven by religious principles. I remain undecided, though, on the issue of whether they were devout believers in Jesus Christ, as some have asserted, or whether they were deists who believed in a more ecumenical God, or supreme being or “higher power.”

I also am quite aware that after considerable debate at the constitutional convention that produced our governing framework that they produced a document that is devoid of religious references … except for one mention. It says — in Article VI, Paragraph 3 — that there shall be “no religious test” for anyone seeking public office.

The founders’ immediate forebears fled Europe to escape religious persecution and to be free of state-mandated religion. That’s why they wrote a Constitution that spells out quite clearly that this would be a secular nation, governed by laws written by fallible human beings.

A Christian nation? Well, we’re a nation comprising citizens who are mostly Christian. They remain free to worship as they please. So are non-Christians, just as it’s always been since the beginning of this great republic.