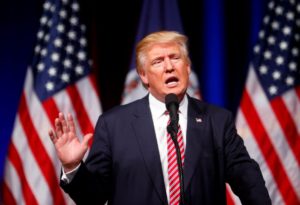 Did I understand the president of the United States correctly?

I think I heard that he made some remark to Breitbart News about how “tough” his supporters are, or can get, if criticism of him doesn’t let up.

Lawrence O’Donnell of MSNBC had a lengthy commentary on Donald Trump’s interview, suggesting that the 45th president of the United States is suggesting there might be a coup if events don’t go according to the way Trump wants them to go.

I am wondering what Trump means by “a certain point.” I am left to believe that he presumes his “tough” supporters might be inclined to rise up and strike at those who are critical of the president. Does anyone else share that presumption.

O’Donnell also sought to make the point that not all bikers are for Trump; nor are all police officers; or nor are all military personnel.

Then came the president’s spinmeister in chief, Kellyanne Conway, to tell CNN’s Chris Cuomo that the president actually was describing how “gentle” his supporters are and that there is no explicit or implied threat of violence in the Breitbart News interview.

Well, I understand today that Trump took down a Twitter message he posted about the Breitbart interview. Great! That’s nice, Mr. President . . . except that the damage is done.

I’m just sayin’, this guy is frightening in the extreme. 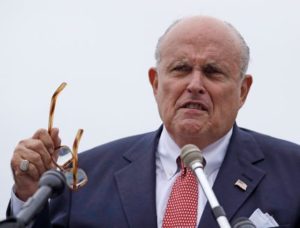 Rudy Giuliani seems to have swilled Kellyanne Conway’s potion that allows for the belief in “alternative facts.”

Conway is the White House senior policy adviser to coined the “alternative facts” gem while responding to questions about then-White House press secretary Sean Spicer’s various assertions about this and that.

Now we have Donald Trump’s current personal lawyer, Rudy Giuliani, telling CNN’s Chris Cuomo that “nowadays … facts are the eyes of the beholder.”

From where I come from, facts are facts. There can be disputing the nature of facts. You either tell the truth or you lie.

Giuliani was responding to questions from Cuomo about the president’s harsh words about another former White House aide, Omarosa Manigault Newman.

Giuliani made the “eye of the beholder” crack, to which Cuomo reminded him that there’s no such qualifier involved with “facts.”

As USA Today reported: Whether intended in humor or not, the former New York mayor’s remark feeds into a perception among critics that the Trump administration often rejects objective facts and tries to confuse the public about what is true.

Trump’s rejection of facts dates back at least to his refusal to accept that former President Barack Obama was a U.S. citizen despite being presented with conclusive evidence.

If all this idiocy didn’t involve the very credibility of our head of state, I would be laughing my behind off.

I’m not laughing now … any more than I laughed at Kellyanne Conway’s “alternative facts” nonsense. 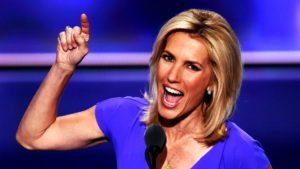 I cannot quite get past the statement that Laura Ingraham made about immigration and the changing demographics that are being “foisted” on Americans who, like her, don’t like what those changes are bringing.

Ingraham is a noted conservative talk show host and a regular on the Fox News Channel. Her comments have drawn a good bit of criticism from those who accuse her of race-baiting.

Then comes this from CNN’s Chris Cuomo, who blasted Ingraham on his own TV program. “To turn a phrase back on our us-versus-them friends — if you don’t like what America is, you leave,” Cuomo said on his show “Prime Time.”

Do you get the irony in that statement?

A couple of generations ago, when Americans were protesting the Vietnam War, political conservatives bellowed to the hippies, yippies and other far-left protesters that they should leave the country if they disliked it so much.

“America, love it or leave it!” they shouted at them.

What I’m hearing now is that the “love it or leave it” mantra now has become the battle cry of those on the left to hurl angrily at those on the right.

No one ever should question Ben Carson’s smarts as a neurosurgeon.

He’s one of the best ever, in the world. But the good doctor stepped in it big time during a CNN interview and has actually apologized for some remarks he made about homosexuality and how he thought people “become” gay.

Dr. Carson told CNN’s Chris Cuomo that one needs to look at the prison population to understand that homosexuality is a lifestyle choice. He said prisoners have begun their sentences as straight but come out as gay.

Sexual orientation? The doctor called it a “choice.”

“I do not pretend to know how every individual came to their sexual orientation,” he said on Facebook. “I regret that my words to express that concept were hurtful and divisive. For that I apologize unreservedly to all that were offended.”

Apology accepted, Dr. Carson. Now, let’s stick to the issues that we can control. Sexual orientation isn’t one of them.